Kenny is a native of Chicago, Illinois. Kenny's career began with listening to such great R&B artists such as: Earth Wind & Fire, Brothers Johnson and The Temptations, just to name a few. First being self taught, he then studied music theory with David Holder Sr. He then went on to Northeastern Illinois University, where he earned a Bachelor of Arts degree in Music Education. Upon entering Northeastern University, he discovered jazz music and he quickly became part of the Chicago jazz scene, playing with Von Freedman, Ari Brown and Fred Anderson. Later, he went on to study classical bass with Warren Benfield of the Davis was the bassist of The Tonight Show Band from September, 1999 thru March, 2002

Album: All Or Nothing
By Dr. Trineice Robinson-Martin
Label: 4RM Productions
Released: 2021
Duration: 5:49 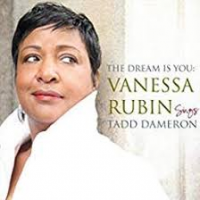 Tadd Dameron is regarded as the great romantic of bebop-era jazz composers, a writer with a talent for creating smooth, memorable melodies that could evoke real emotion. Most of his works are known mainly as instrumentals but Vanessa Rubin has compiled lyrics written for some of his tunes, had new lyrics written for others and even ...

North Sea Jazz Rotterdam, Netherlands July 13-15, 2018 Amidst the cornucopia of summertime festivals, there sits a juggernaut. That's North Sea Jazz, where a dozen performance spaces named after rivers around the world offer a sound garden of global delights. The full-tilt feast flows gloriously during the second full weekend of July ... 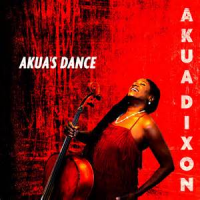 My ears are not accustomed to hearing cello as the lead instrument in an ensemble, and so Akua's Dance by cellist and baritone violinist Akua Dixon took some getting used to. Dixon took quite a circuitous route to her third release: After graduating from New York's Fame High School of the Performing Arts, then ... 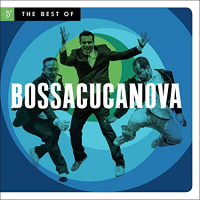 Lyricism and elegance are two words that come to mind while describing cellist Akua Dixon's third release under her own leadership, Akua's Dance. Two sessions comprise this engaging album on one of which Dixon plays, the rarely heard, baritone violin. The joyous ambience and the instrumentation, Dixon accompanied by guitar, bass and drums, are ...

T.S. Monk Sextet Revolution Hall PDX Jazz 2017 Portland, OR February 25, 2017 The centerpiece of the 2017 PDX Jazz festival was a posthumous honor bestowed upon the late great Thelonious Monk. Inarguably a pillar in the pantheon of jazz, Monk's music was delivered at this year's festival from as ...

A visage of joyousness fills this album cover. Cellist Akua Dixon, with back arched and eyes closed, can't contain herself. A knowing smile washes over her face as she bathes in the light with cello in hand. It's a picture that perfectly illustrates the artist's place in the moment: Dixon has reached a point of supreme ...