As a piano player, Marcus has been a steady, vital presence in New York City’s uptown jam-session scene. As house pianist with the Sugar Hill Jazz Quartet led by Patience Higgins, he appears every Monday night at the historic Lenox Lounge in Harlem. Marcus is also pianist for the house band in the newly reopened Minton’s Playhouse, playing alongside James Carter and Andy McCloud. In his years of steady uptown jamming, Marcus has played with Wynton Marsalis, Cassandra Wilson, Lewis Nash, and many others.

Steeped in the traditions of jazz and the blues, he possesses an expansive musical vocabulary that allows him to move deftly across genres. As a testament to his versatility, he’s played with artists that include Jerry Gonzalez, the Impressions, Dizzy Gillespie, Max Roach, Cecil McBee, Tito Puente, Carlie Persip’s Supersound, Vanessa Rubin, and the Apollo Theater Showtime Band.

He’s toured and recorded with the late Mario Bauza, Joseph Bowie’s Defunkt, Willie Colon, and the Sugar Hill Jazz Quartet, among other, throughout Europe, Japan and the United States. His compositions and arrangements are featured on the brilliant trilogy of albums recorded by Bauza’s legendary Afro-Latin Jazz Orchestra, one of which (“944 Columbus”) was nominated for a Grammy award. As an arranger, his gifts have been enjoyed by the thousands of listeners who’ve heard of the Afro-Latin Orchestra at Jazz at Lincoln Center.

Marcus received his musical education in the clubs of New York City and Chicago. He attended the American Conservatory of Music in Chicago, Illinois, receiving a Bachelor of Arts degree.

In his role as leader, Marcus has just released a new CD, “Uptown Suite.” It features original compositions that capture Harlem in its many musical tones and colors, from the blues, “Stoney Island,” paying homage to his Chicago roots, to the Latin-jazz-waltz “Mineret.” Show less 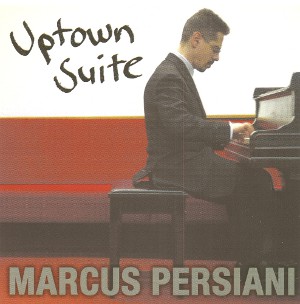 All About Jazz musician pages are maintained by musicians, publicists and trusted members like you. Interested? Tell us why you would like to improve the Marcus Persiani musician page.