Another Timbre reaches its century in top form

By JOHN EYLES
August 4, 2015
Sign in to view read count
Another Timbre's three latest releases bring up a significant landmark in the label's brief history. Since the label released its first CD in the autumn of 2007, it has now put out over 100 discs—at a rate of more than one a month. Lest anyone wishes to point out that the latest release—the James Saunders disc, below—only carries the catalogue number at88, let me explain further. Yes, that disc is the label's eighty-eighth CD release, but those 88 include the six-disc Wandelweiser box set as well as five double CD sets, so they add a further ten discs to the total.

Before someone points out that those ten only bring the total to 98 not 100, let me remind you of Another Timbre's CD-R series which includes such impressive releases as unreleased archive recordings by Hugh Davies and Rhodri Davies extraordinary bonfire night gig with Max Eastley. Altogether, there are ten such CD-R's, bringing the total number of discs released up to 108. As that means the milestone figure was passed some time ago, apologies for not mentioning it sooner... Nonetheless, the occasion does provide a timely opportunity to take stock of the label. 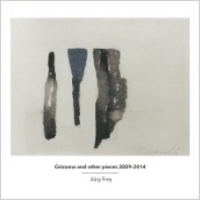 Back in 2007, at the outset of his label, Simon Reynell speculated that about one-third of Another Timbre releases would be contemporary classical with the other two-thirds being improvised, split between European Free Improv and electro-acoustic improv. With the benefit of 20-20 hindsight, we can see that the label has evolved and the reality has become very different, particularly in recent years. Although the boundaries between the two are never cut and dried, Another Timbre discs featuring compositions have increasingly outweighed those featuring freely improvised music so that they are now in the majority.

A crucial turning point in that evolution (hindsight, again) was the release of that six-disc Wandelweiser box, on which Jürg Frey featured prominently as composer and performer. The clarinetist was also featured as a player on the excellent double CD Cantor Quartets (Another Timbre, 2013) of compositions by Antoine Beuger, so it seems proper that Frey's own compositions now get their own two-disc showcase. The album is structured around four separate versions (one opening and closing each disc) of "Petit fragments de paysage," each one with a different pair of instruments—clarinet/cello, organ/piano, violin/viola, flute/viola. All four versions have a mellow, tranquil atmosphere and duration close to five minutes; despite the differences of tone and timbre, they achieve similar moods with their two instruments fitting together perfectly, a credit to Frey's writing. Just as important to the album is the title composition "Grizzana," a suite of seven pieces ranging in length from just under two minutes to nearly four. On them, the all-acoustic sextet of clarinet, flute, violin, viola, cello and piano creates a slowly-evolving soundscape in which every single sound is savoured and afforded equal status. Beautifully simple and simply beautiful.

Everything else on the album attains the same high standard as those pieces. "Extended Circular Music No.8" (which blends Ryoko Akama's electronics with the "Grizzana" sextet) is a continuation of the exquisite series of seven pieces, composed between 2011 and 2014, that were featured on Jürg Frey (Musiques Suisses, 2014), performed by Mondrian Ensemble and Konus Quartett. The album's longest track, at nearly thirty-one minutes, is "Area of Three," a trio of clarinet, cello and piano; it never settles for "just" being a trio but uses that as the basis for a varied and far-reaching three-way interaction between them which builds an intense atmosphere. Altogether, an essential album. 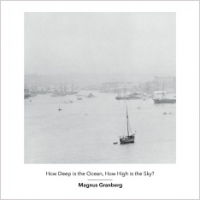 Marcus Granberg
How Deep is the Ocean, How High is the Sky?
Another Timbre
2015

The Swede Magnus Granberg has rapidly become a key member of the Another Timbre family, this being his fifth album on the label in under four years, with four of those being his own compositions. Those familiar with Granberg's past AT releases will be delighted to hear that How Deep is the Ocean, How High is the Sky? follows the familiar pattern of the others. As before, it employs material derived from another song—in this instance, Irving Berlin's "How Deep is the Ocean"—but there are few, if any, traces of the original in evidence. Instead, the piece establishes a pleasantly melancholy mood that typifies Granberg compositions.

How Deep is the Ocean, How High is the Sky differs from past Granberg releases in the instrumentation used to perform it. As before, Granberg himself leads a large ensemble, a ten-piece this time with him playing prepared piano rather than clarinet. Again the ensemble includes electronics, objects and synthesiser alongside acoustic instruments, with the Swiss duo Diatribes—d'incise and Cyril Bondi—here present for the first time. Bizarrely, the ensemble features the distinctive timbres of baroque acoustic instruments such as spinet, viola da gamba, baroque violin and chitarrone plus bass recorders. Consequently, the resulting ensemble is an amalgam of the 18th and 21st centuries, one that sounds as if it might not work but actually succeeds well.

Granberg's composition is not rigidly scored but allows the players license to play the specified music when they see fit, within a rough temporal framework. This gives it a loose, relaxed feel that is so typical of Granberg's work it is immediately recognisable as his. Yet another winner from Granberg. 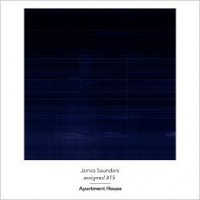 James Saunders is another well-established member of the AT family, his previous release on the label having been 2012's Divisions That Could Be Autonomous But That Comprise the Whole. Unlike that album, which consisted of six shorter tracks, assigned #15 just features the 45-minute title composition performed by Apartment House with Saunders himself on Dictaphones and shortwave radio.

This album's title refers back to Saunders' "#[unassigned]" series which he created between 2000 and 2009; they were short fragments for single instruments that could be played and combined in any order to construct a longer modular composition. So, the album of them, #[unassigned] (Confront, 2007) consisted of 131 short tracks lasting about one minute each, 66 for solo cello on one disc and 65 for solo clarinet on another, which the listener was encouraged to sequence using random play, or even to play both discs simultaneously to create a duo. Saunders preferred some of the versions of "#[unassigned]" which he recorded, and these he formalised in his "assigned" series, of which "assigned #15" is an example written for Apartment House, and recorded by them and Saunders on April 16th 2015 at St. Paul's Hall, Huddersfield.

Heard as a piece played by the seven musicians, it seems unlikely one would suspect the modular roots of this composition. Where random playing a series of one-minute recorded modules can lead to clunky jump-cuts between modules, with "assigned #15" that is never the case and it hangs together well, sounding as if it was conceived in its entirety not a chunk at a time. For that, credit is due to Saunders for selecting compatible component parts and integrating them together well, and to Apartment House for their smooth performance of it. The ensemble creates a highly satisfying soundscape that is broad, deep and rich in detail. The piece is engrossing for its full duration and, no many how many times it is heard, it keeps on giving.

After weeks of living with these three albums, it is still impossible to judge one of them as the best of the bunch. They are equally fine and demonstrate that Another Timbre is in excellent shape. Roll on the next hundred discs....

How Deep is the Ocean, How High is the Sky?

Tracks: How Deep is the Ocean, How High is the Sky?