By Jeff Winbush
September 3, 2014
Sign in to view read count 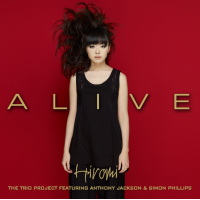 If jazz has become a niche market in the music industry (and it is), a contributing factor for its slide into cultural irrelevance is a failure to promote and support new artists. No matter what sub-genre of jazz you personally love, across the board there is no sustained effort to develop a roster of first-tier talent in jazz. Every so often along comes a Esperanza Spalding who joins the long list of previous "saviors" of jazz such as Wynton Marsalis or Robert Glasper and is saddled with the unasked-for responsibility of reviving interest in the incredibly shrinking jazz field.

Writing in The Root.com, Frank McCoy painted a gloomy picture for the idiom, "It's even harder in jazz today as CD/album sales have plummeted. In 1999 the Recording Industry Association of America (RIAA) said that jazz sales were 3 percent of all recording sales. By 2008 they were 1.1 percent. In 2000 Soundscan reported that 18,416 jazz albums were sold; nine years later, fewer than 12,000 jazz-genre albums were purchased."

For jazz not only to thrive, but survive, it must begin to create its own superstars who can deliver a much-needed shot of adrenalin to the flagging art form, but possess skills in social media and marketing, creating a global brand, and finding new forms beyond record sales, radio play and live gigs in fewer clubs and concert halls to reach the new breed of jazz fans.

Hiromi Uehara is uniquely positioned to be a leader in the vanguard of bold creative minds revitalizing jazz. At 35, the pianist from Shizuoka, Japan, has over the span of nine albums as a bandleader and solo artist demonstrated how well she absorbed the tutoring of Ahmad Jamal and bassist Richard Evans when she matriculated at the Berklee College of Music. Hiromi has led two separate bands, Hiromi's Sonicbloom and The Trio Project and stints with Stanley Clarke and Lenny White, as well as a duet with Chick Corea have solidified her credentials as one of the best and brightest young musicians in contemporary jazz.

Matching her inclination for improvisation, drummer Simon Phillips and bassist Anthony Jackson hold down the rhythm responsibilities, freeing up Hiromi to do things with a piano most human beings can't begin to imagine doing. Alive might be the finishing stroke in a trilogy of adventurous albums for the band. Nothing has been said by Hiromi to indicate the group has run its course, but there is a sense of finality and completion to this musical affair. Always a restless musician, it remains an open question as to how long Hiromi will continue this collaboration.

With Voice (Telarc, 2011) and its sequel, Move! (Telarc, 2012), Hiromi found in Phillips a drummer who could match her high velocity piano playing blow-for-blow. Jackson is the silent partner in the band who rarely takes solos and simply does his job with equal parts efficiency and creativity. He's given opportunities to step out on Alive, but Jackson's temperament leans to deferring to his colleagues when it's time to let it all hang out. Overlength is at times an issue with four tracks going nine minutes in length, two clocking in at eight minutes. "Seeker" and "Firefly" both push past over seven minutes and at 6:49, the closing "Life Goes On" draws the shortest straw. Play strong, play long is the philosophy of The Trio Project, which is not a criticism, but to fully appreciate Alive , completed in only three days with Michael Bishop handling co-producing duties along with Hiromi.

Alive makes no bones about being a deep dive that may require several listens to fully grasp the complexity of Hiromi's compositions. This is not simple music nor a record one pops into the CD player during a pizza run.

Sandwiched between the four albums with her Sonicbloom band and the trio of Trio Projects is Place To Be (Concord, 2010) Hiromi's solo piano exercise where she proved even accompanied only by a piano she is a force to be reckoned with . When David Fiuczynski came aboard for 2007's Time Control (Telarc) Hiromi could finally realize her jazz and rock synthesis with a guitarist as expressive (and equally prone to occasionally lapsing into excursions of stylistic excess) as herself. Phillips fills that role now far more harmonically than Fiuczynski whom occasionally had to struggle to be heard over Hiromi's piano pyrotechnics.

Hiromi has learned to trust her bandmates (and herself) simply play instead of continually dazzle with an onslaught of prodigious speed and technique. "Dreamer" is an example of that restraint with Phillips and Hiromi duking it out on their respective instruments until the 8:04 mark where they both pull back and gracefully close the frenzy with an understated climax. "Seeker" gives Jackson's contrabass a soulful groove for his partners to work around and have some fun.

Ahmad Jamal nailed it when he observed, "Hiromi has discovered her own genre, and continues to pursue it with great sensitivity, energy, and dazzling virtuosity." As time passes and her experience grows, Hiromi has not only become a better player, but a better listener. Compare the tasteful understatement of 2014 version of Hiromi onthe elegant "Firefly" with the frenetic, bug-on-a-hot-stove of 2004's "Kung-Fu World Champion" and the difference is like that of night and day.

Dare we call Alive the dreaded "F" word? Fusion? Yes, we can and yes we should because this is most definitely and unashamedly jazz fusion. Even without the electric guitar of John McLaughlin, or the arsenal of synthesizers employed by Herbie Hancock, The Trio Project is a legitimate inheritor of the legacy left behind by Joe Zawinul, Wayne Shorter and Jaco Pastorius when Weather Report called it a day.

That's heavy company, but Hiromi's Trio Project is one of the most consistently exciting and accomplished bands making music in any genre of music. Period. End of sentence. That it is also flying under the radar of most consumers is a sad commentary on jazz today, yet still provides hope for a brighter tomorrow.