Aldeburgh Festival 2010: Jazz at the Pumphouse

Aldeburgh Festival is now in its 63rd year and is a well-established event in the UK music calendar. Known primarily for classical music and opera, major events take place in the beautiful concert hall at Snape, a few miles inland from this small town in the county of Suffolk. The festival also presents more contemporary events, including music and comedy, in the Pumphouse—a rectangular brick building on the edge of Aldeburgh town that began life in the 1860s when, unsurprisingly, it housed a water pump. The Festival's Pumphouse jazz night saw sets from three stylistically different acts—pianist James Pearson's Trio, saxophonist Bobby Wellins and singer Georgia Mancio—that came together to create a hugely enjoyable concert of creative music. 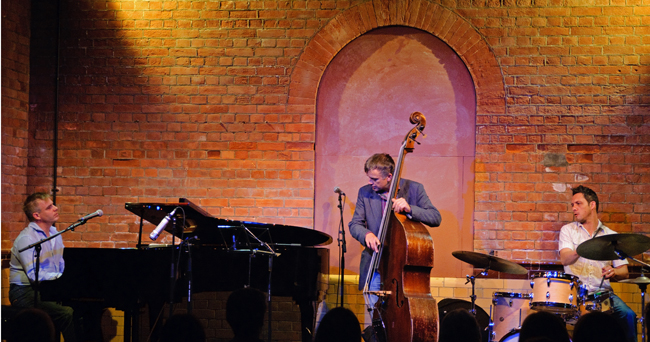 The Pumphouse is a small and intimate venue, seating around 80 people, with basic facilities (although some upgrading is expected before the 2011 Festival). It's one of a seemingly never-ending collection of quirky venues for jazz in England. Far removed from the stereotypical cellar club, the Pumphouse borders a set of allotments filled with fruit and vegetables and looks out across reed beds to the cold and uninviting North Sea. There is a tiny anteroom at the side of the stage but otherwise audience and musicians mingled happily inside and outside the venue on a bright and warm Sunday evening. The technical crew ensured good lights and sound, and the receptive audience gave a warm welcome to each band.
Pearson is the regular pianist at Ronnie Scott's Club in London and was joined by fellow club regular Chris Dagley on drums and by bassist Arnie Somogyi. Somogyi was a constant figure throughout the night: he played bass with all three acts, and also helped to organize the event. Pearson played a fascinating set, presenting music in the styles of a range of master pianists and explaining a little of their histories and approaches to playing between tunes. He demonstrated techniques including George Shearing's—shown through a lovely performance of "Lullaby of Birdland"—Duke Ellington's—via a swinging "C-jam Blues"—and the complex stylings of Erroll Garner, displayed through Pearson's interpretations of "Misty" and "I Remember April." Pearson clearly has a real talent for exploring and explaining the work of key musicians from jazz history, but Dagley and Somogyi also deserve credit for backing that remained sympathetic to Pearson's playing, whatever style he was demonstrating. 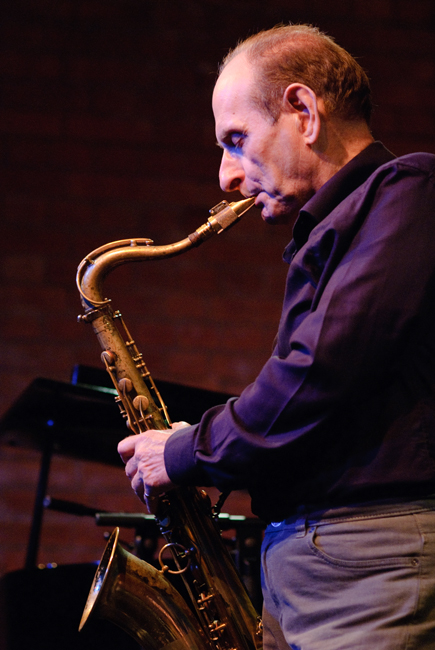 Tenor player Bobby Wellins is a veteran of the UK jazz scene. Now in his mid-70s he has played a central part in British jazz for over 50 years—he played on pianist Stan Tracey's seminal album Under Milk Wood (Columbia, 1965)—and is active as a teacher as well as player. Wellins has a warm and rich tone and his playing is characterized by an economy and use of space that should be an object lesson to many younger saxophonists.

Wellins' relaxed stage presence and gentle humor was mirrored in his playing. His set included some classic jazz standards such as Rogers and Hart's "My Funny Valentine" and Kaper and Washington's "On Green Dolphin Street" with a version of Noel Coward's "Mad About the Boy" proving to be one of the best performances of the evening. For most of the set Dagley played drums, but he happily handed over to 15 year old Suffolk percussionist Phelan Burgoyne, a Royal Academy of Music day school student spotted by Wellins at one of his masterclasses, for a short improvised blues. Burgoyne played with confidence and obvious enjoyment—a drummer to watch out for—and it was great to see the respect accorded to him by the more experienced musicians. 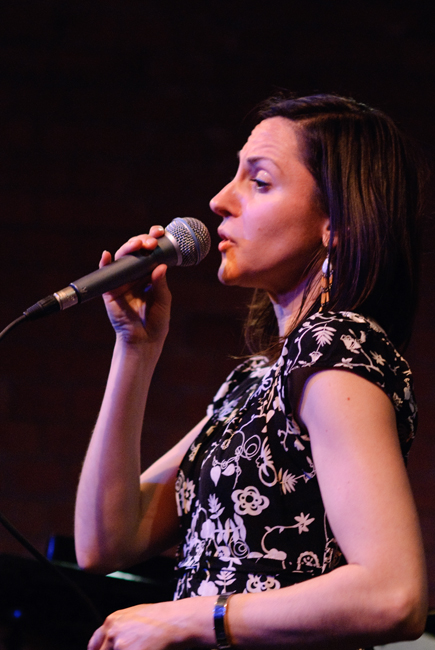 The final performance of the night was given by Mancio (pictured right), a superb vocalist whose set, consisting mostly of songs from her album Silhouette (Roomspin Records, 2010), seemed to fly by. Mancio has an engaging, slightly self-effacing, stage presence but is not afraid to experiment with arrangements and presentation—her opening tune, the self-penned "Finisterre," was sung with only the drums of Dave Ohm as accompaniment while her version of "Just In Time" repeatedly shifted rhythm and tempo.

"Solace," another Mancio composition, was the highlight not only of her set but of the evening. The latin-influenced tune has a dreamlike quality to it—helped by pianist Tim Lapthorn's elegant solo—and Mancio's delivery emphasized the romance of the lyrics. She encored with Sammy Fain and Irving Kahal's "I'll be Seeing You"—a fitting final song for a night that deserves to be remembered and re-visited.