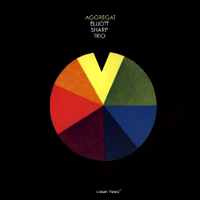 "Hard Landing," features gobs of drunken skronk guitar dominance, with pithy commentary by Smith and Jones. Sharp has a tendency to bend even the most unlikely of notes in machine-gun fashion, sending squalls of tortured ideas spiraling toward the ether. On the short "Mal Du Droit," Smith's tattooing rim-shots, off-centered hi-hat hisses and press-rolls drive Sharp's grainy soprano saxophone lines into long streams that shorten into what sounds like duck-calls in its under two-minute timeframe.