By Troy Collins
September 16, 2015
Sign in to view read count 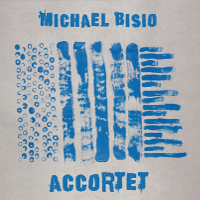 Named after its unusual instrumentation, Accortet is the eponymous debut of a quartet led by renowned contrabassist Michael Bisio, featuring the unique frontline of accordion and cornet, played by Art Bailey and Kirk Knuffke, respectively, with Michael Wimberly manning the drums. An in-demand sideman among free jazz luminaries such as Joe McPhee, Ivo Perelman and Matthew Shipp, Bisio seldom issues albums as a bandleader these days, making this recording all the more intriguing for its inclusion of some surprisingly accessible material, starting with the joyous opener, "AM." The tune's sunny harmonies, buoyant bass lines and upbeat rhythms belie Bisio's reputation as an uncompromising avant-gardist, offering contrast to his usual work.

The remainder of the date follows suit, presenting Bisio's multifaceted artistry in a variety of settings. Most astonishing is the amusingly titled "I Want To Do To You What Spring Does To Cherry Trees," a sophisticated ballad that is anything but blue. Like a long forgotten standard, the tune follows oddly familiar chord changes; the reedy bellows of Bailey's accordion conjure a nostalgic air for Knuffke's wistful variations, their romantic Old World invocations ably supported by Bisio and Wimberly's responsive accompaniment. Further nods to the tradition can be heard in the impressionistic "Times That Bond," which borrows the iconic bass line from John Coltrane's "Acknowledgment" section of A Love Supreme.