Home » Jazz Articles » Stacey & Alan: A Love Like Ours

By Mike Perciaccante
August 15, 2015
Sign in to view read count 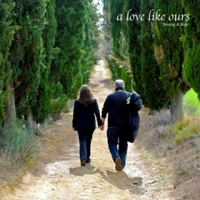 Alan Schulman holds a Masters Degree in Jazz Arranging & Composition from Howard University. The guitarist was born in Cincinnati and has appeared on numerous jazz recordings by among others Herbie Hancock, Wynton Marsalis, Anita Baker and Michael Feinstein. Stacey Schulman (yes they are married) is a native New Yorker who has been singing professionally since she was nine years old. She made her musical bones as a New York City studio singer contributing vocals on tracks for radio commercials, television series as well as for artists such as Chaka Khan.

The New York area-based duo has been performing together since 2005. In 2010, Stacey contracted Lyme disease, most probably while hiking in New Jersey. Unfortunately, the disease went undiagnosed and then misdiagnosed for quite some time. Misdiagnosis is common with Lyme disease. Unfortunately for Stacey her disease went undetected and it became fully disseminated, thus impacting her neurological system. The disease caused an irregularity (a lop-sidedness) in her vocal chords that left her unable to sing. She spent approximately two years undergoing treatment. Needless to say, Stacey and Alan were unable to perform together during this time.

Following her treatment, after Stacey was able to regain her singing voice, the couple decided to record their debut CD. A Love Like Ours was recorded in Italy while Stacey recuperated from her therapy. Stacey still battles the insidious disease (as do many others). She has for the most-part recovered, but still battles the fatigue, flu-like symptoms and joint pains associated with the disease (which is contracted through the bite of a tick).

As a Lyme disease survivor, Stacey (and Alan) have decided to partner with the Global Lyme Alliance to raise awareness about the disease. In an effort to fight the disease and continue to educate the general public regarding the disease, the duo has also chosen to donate all proceeds from the sale of the CD to the non-profit organization.

A Love Like Ours is nothing short of enchanting. The arrangements are familiar, but not the old hackneyed versions that have by this day-in-age become tired. The bluesy, jazzy, soulful, smokey, bass-heavy re-arrangement of "Summertime" (the CDs opening track) works because Stacey's voice is so expressive and on this song almost haunting.

Other highlights include: the bare-bones version (musically) of Burt Bacharach's and Hal David's "Alfie" that very much sticks (vocally) to the original arrangement, the bouncy version of "Night and Day," the sexy torch song "Gee Baby Ain't I Good to You," "Never Let Me Go," a beautiful slow "Sophisticated Lady" (the Duke Ellington/Mitchell Parish-penned jazz standard), "When Sunny Gets Blue" (which instantly transports the listener back in time to a smoky '50s jazz club), the version of "Somewhere Over the Rainbow" that would make Judy Garland proud and the title track, a beautiful cover of Barbra Streisand's "A Love Like Ours."

The performances and sparse arrangements on A Love Like Ours make it an excellent, smooth and relaxing jazz option that should be listened to while sipping a glass of wine on romantic evenings spent at home with that special someone.

The CD is a love letter from Stacey to Alan and from Alan to Stacey. It's also a romantic gesture from the loving couple that shows that Lyme disease can be beaten and that after contracting the disease, with proper medical attention, it can be managed. The album's fourteen song line-up could have easily appeared on a Streisand, Michael Buble, Tony Bennett or Natalie Cole CD. None of those performers could have delivered a more dynamic release.

Summertime; Never Let Me Go; Gone With the Wind; Alfie; Night and Day; Sophisticated Lady; Four; When Sunny Gets Blue; Out of Nowhere; Somewhere Over the Rainbow; Shiny Stockings; Estate; Gee Baby Ain't I Good to You; A Love Like Ours.