Home » Jazz Articles » Jakob Buchanan: A Language of My Own 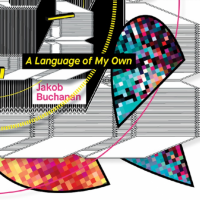 In his novel, In Search of Lost Time, the French author Marcel Proust (1871-1922) famously wrote about a madeleine cake dipped in a cup of tea that was able to trigger a string of memories. For the Danish trumpeter, Jakob Buchanan, it was the return to his childhood home, Rosenhill, which brought back a series of memories that metamorphosed into the music on A Language of My Own.

It all started in 2016 when Buchanan and his wife rented a flat from a friend in Rosenhill, a suburb of Aarhus, the second largest city in Denmark, and returned to a world that was at once familiar and transformed. Sitting on the porch with his trumpet, Buchanan would write the music as he listened to the different languages around him, eventually shaping the seven compositional sketches that make up the album.

The music on A Language of My Own is a departure from his large-scale work, Requiem (Buchanan Records, 2015). Buchanan plays flugelhorn and boils his language down to the barest essentials. Together with pianist Simon Toldam and Chris Speed on tenor saxophone and clarinet, he weaves an intricate carpet of fine oriental patterns, tentative melodies and sparse, lyrical minimalism, exploring the space between the notes. Speaking of space, sound engineer Jan Erik Kongshaug could rightfully be called the secret member of the group as he shapes the space that lets the music breathe.

Toldam adds staccato pointillism while Speed and Buchanan mostly draw the longer lines as in the epic opener "To the End of U" where the tolling bell of Toldam's piano is complemented by the bright, airy flight of the horns. However, Toldam also initiates the melody, as in "Viby J. DK," with beautiful contrapuntal patterns from Speed forming intricate, melodic arabesques.

In jazz, the focus is often on the expression of the individual. This is underlined by the title A Language of My Own. But in fact, the most beautiful moments on the record arise when the horns of Speed and Buchanan blend into each other like one breathing organism carried by the soft touch of Toldam's piano. Together they conjure their own intimate universe and, perhaps, this is the greatest feat of the album, the musicians' ability to create a language of their own, taking Buchanan's individual sketches into new territory while lifting his musical memories into the present in the process.

To The End Of U; A Language Of My Own; Viby J. DK.; Calls From The Past; I Am Not Really Here; Return to Rosenhill; Etyde To The Future.

Title: A Language of My Own | Year Released: 2019 | Record Label: Skirl Records