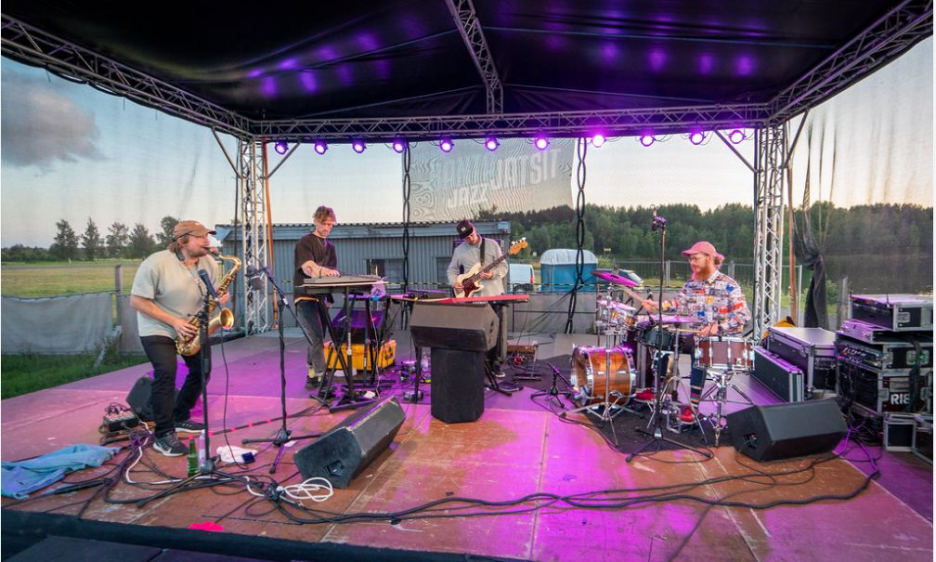 Many events haven't happened these last two summer seasons, and Otis Sandsjö's participation in the 36th Raahe Jazz on the Beach almost didn't happen. But, like many things that aren't expected to materialize, this particular show was perhaps all the more appreciated.

You may not know how remote his nineteenth century town on the eastern coast of the Gulf of Bothnia (the water dividing Sweden from Finland), or that its permanent population is less than 25,000. But the annual festival pulls in jazzers from all of northern Finland to enjoy this picturesque holiday town (established by the Swedes and built up during the nineteenth century trading of the locally produced 'Stockholm tar').

Finnish links with Sweden have never been stronger with many students exchanging between the two countries, and many musicians' careers benefiting between the alternative anonymity or recognition that a new home base offers. Otis Sandsjö however chose Berlin for his focus to assemble a band and as a consequence had a harder time getting them all across the length of the Baltic to make his Finnish performances. However, two gigs were planned and by the skin of their keyboardist's teeth (45 minutes to spare after his arrival from the U.K.) they made the first one on the island Lonne in the Helsinki archipelago, as well as the second on the quay side of Raahe.

This music, selected mainly from their second album Y-Oyis 2 (Wejazz Records, 2020) is similar in principle to much modern jazz, with the quartet combining acoustic sounds with electronics. What makes Y-Otis different is the sublimation of electronic sound to the soloist, at least in the live context. This is indisputably Sandsjö's band with his often warbling saxophone or clarinet lines leading the way, belying traces of the Turkish and Balkan sounds that he grew up with in suburban Sweden. Also the muscle of Tilo Weber's drums and Dan Nicholls' keyboards shone through alongside their principal soloist. Despite Petter Eldh's role in producing Sandsjö's latest album and in composition of this new material, on stage his role was less prominent, fading into the spectacular twilight that Raahe offers over the height of summer. If this show was 'liquid jazz' it blended seamlessly with the wash of pastel purples of the dimming night sky.