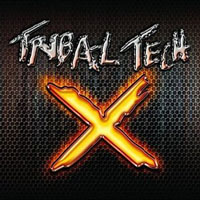 It's been more than ten years since Tribal Tech's last release, and if this uncompromising fusion group was beginning to show signs of wear and tear by the time of Rocket Science (ESC, 2000), its return to recording proves that sometimes a hiatus can be a healthy thing. After working through a number of personnel shifts, guitarist Scott Henderson and bassist Gary Willis—who introduced the group with Spears (Passport, 1985), releasing eight more albums and one compilation between 1986 and 2000—finally found the perfect collaborators in keyboardist Scott Kinsey and drummer Kirk Covington by 1992's Illicit (Mesa/Blue Moon, 1992). It's this seminal incarnation that returns for X, and the result rivals TT's criminally out-of-print Tribal Tech (Relativity, 1991) as its finest hour.

In its early days, TT was much more about preconceived composition, and that's what makes X so strong—an album that sounds very much how Weather Report might, had it been a more rock-edged guitar-keys-bass-drums group rather than the saxophone line-up that defined its entire career. Henderson was an alum of keyboardist Joe Zawinul's Syndicate in the late 1980s, but the touchstones were already showing on earlier TT recordings like Dr. Hee (Passport, 2007)—even clearer with Willis' markers in a run of WR bassists, from Alphonso Johnson to Victor Bailey and, of course, Jaco Pastorius, but long since absorbed into something more personal. Kinsey—who continues to mine Zawinul-innovated space on albums including Kinesthetics (Abstract Logix, 2006)—remains a perfect fit, as is Covington, whose ability to drive a groove with near-relentless energy fleshes out the group as a fusion juggernaut still capable of surprising subtlety.

After three recordings together, the group moved away from preconception and began composing around lengthy studio jams with Thick (Zebra, 1999). If the idea of pulling form from the ether is not particularly new, TT certainly rivals the best of them in sculpting pieces from open-ended improvs that belie their lack of preconception and, instead, feel more intrinsically structured. What makes X a significant leap over Thick and Rocket Science is that while the mid-tempo swinger "Let's Get Swung" feels like a jam, "Anthem" absolutely does not—possessed, as it is, of more complex changes, though when it kicks into Henderson's incendiary solo near the end, it's over an unrelenting groove. The gentle "Palm Moon Plaza" is similarly episodic, with Kinsey's dense synths creating a gorgeous cushion over which Henderson's whammy bar-driven intro swoops and soars, while "Got Faith 'n' Phat" is gospel on steroids.

There's plenty of muscular solo space—and everyone has grown considerably since they were last together—but what X represents, a decade on, is the ultimate destination of TT's compositional approach, one which leverages on in-the-moment spontaneity, but then revisits and applies the greater sophistication that underscores every member of the group. Whether or not Tribal Tech will tour—or if it will record again—is uncertain, but if X is its overdue final statement, it allows the group to go out on one heckuva a high note. And there's no reason not to wish for more to come from a group that feels fresh, reinvigorated and creatively revived.