By David Adler
September 1, 2001
Sign in to view read count 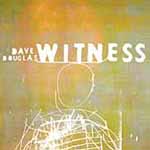 Although there have been notable exceptions, music that is intentionally political is often bad—preachy, parochial, sanctimonious, obvious. Instrumental music has an edge in that its messages, once-removed from spoken language, are necessarily indirect and subjective. With Witness, Dave Douglas's first overtly political album, the trumpeter/composer stimulates our imaginations even as he encourages us to confront global injustice. He makes his own opinions abundantly clear in the liner notes, but even there, he doesn't lecture or propagandize. As for the ultimate question—how's the music? It is tremendous.

The ensemble is fairly large, bringing together horns, strings, and electronic instruments in a way that recalls aspects of several of Douglas's previous projects. Some pieces, like "Ruckus" and "Kidnapping Kissinger," are more or less free-form; others, like "Woman at Point Zero," build into an urgent tempo.

The album's centerpiece is the nearly 24-minute-long "Mahfouz," named for the Egyptian novelist Naguib Mahfouz. This multilayered epic unfolds like a piece of modern classical music. Appearing as guests are Yuka Honda (from Cibo Matto) on sampler and Tom Waits, whose telltale raspy voiceovers, drawn in part from Mahfouz's writings, are a bit hard to hear (perhaps a deliberate move on Douglas's part).

The people Douglas has chosen to honor span the globe. Many are literary figures—Mahfouz, the Egyptian novelist and feminist Nawal El Saadawi, the exiled Bangladeshi poet Taslima Nasrin, and the Indonesian author Pramoedya Ananta Toer (inspiration for the particularly riotous "Child of All Nations"). "Kidnapping Kissinger" refers to a flimsy case brought by the FBI against Pakistani activist Eqbal Ahmad during the Vietnam War. The brief yet rollicking "One More News" was inspired by the Indian dancer Chandralekha, while the finale, "Sozaboy," was written for writer/activist Ken Saro-Wiwa, who was executed several years ago by the Abacha dictatorship in Nigeria with the passive connivance of Shell Oil. Douglas pointedly observes that all these people have made their views known through non-violent action.

In what is surely the album's most controversial move, Douglas dedicates the dark-toned title track to Palestinian-American intellectual Edward Said. Despised by more than a few American Jews for his outspoken opposition to Israeli policies in the occupied West Bank and Gaza, Said stands out like a red flag among the rest of Douglas's honorees (although Saadawi too has been a vocal critic of Israel). The Palestinian cause is not popular in the United States, and so it takes a measure of courage for Douglas to applaud a figure like Said. In fact, Douglas's willingness to take such a risk is partly what makes Witness the worthy, no-nonsense project that it is.