Will Kennedy: From East Bay Grease to the Yellowjacket Sound 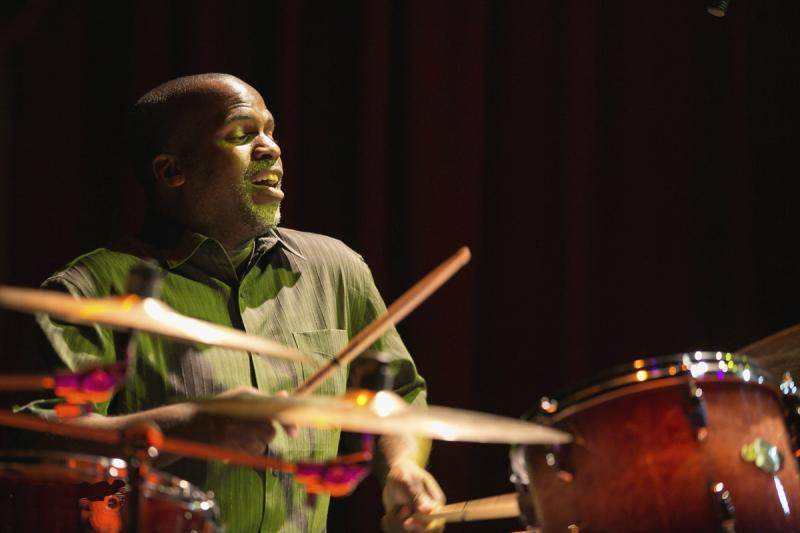 As a musician, you strive to impact your career by developing and growing music.
—Will Kennedy

Among contemporary fusion musicians, drummer Will Kennedy stands out as a legend in both the creative and commercial scenes. Growing up in the Bay Area, Kennedy found music at the tender age of four. By his twenties, he was working in the Los Angeles studio scene as the go-to guy for talk show TV orchestras and movie scores. In 1986, he joined the legendary jazz fusion group Yellowjackets, remaining a key figure in the band for nine years and recording ten full length albums. I met with Kennedy at the Jazz Showcase in Chicago after one of their first shows with bassist Felix Pastorius .

All About Jazz: Yellowjackets were one of my first forays into world of fusion. I've always dug Robben Ford's music—his singing as well as his guitar work. Looking into both of your Yellowjacket histories, I can't see any overlap in times you each played in the band together. Have you ever performed or recorded with him?

Will Kennedy: Robben remains one of the big key figures in the Yellowjackets band. We don't get a chance to work very often cause he's been busy with his own career, though he's definitely a friend of the band. However, we've had the opportunity for him to sub in a couple times There've been a few instances when Bob Mintzer wasn't available for a gig, this has happened at least three or four times in the last five or six years. Additionally, Robben was featured on the Timeline recording, four years ago now on Mack Avenue Records. That was the last CD that Jimmy Haslip recorded with us before his departure from the band. So, there have been some instances where we worked with Robben. It's really cool to play some of the songs he was featured on back in the beginning of the band. When Ricky Lawson was in the band. It's great fun for me to get in there and do my Ricky impersonation.

AAJ: I had no idea. Are there any recordings, other than Timeline, of that music?

WK: Maybe some bootleg recording on YouTube, from the audience of the gig that Robben did with us in Santa Barbara, CA. It was a charity event for Eddie Todoury; we did a benefit concert for them. Bob Mintzer wasn't available so Robben did the gig with us. A week or so after we did that gig someone mentioned to me that it was on YouTube. Outside of that and the Timeline recording, I think that's it.

AAJ: I know that you and Peter Michael Escovedo were on the Wayne Brady Show together. What was it like working with Wayne? Was it scripted out or was there a lot of improvisation like on "Whose Line is it Anyway?"

WK: I took a ten year hiatus from Yellowjackets starting in 2000. Peter Michael and I are both from the Northern California, San Francisco Bay area, and that's where we met in the mid to late 70's. Peter found himself in the musical director position for The Martin Short Show. Martin Short had this day time talk show with Peter Michael at the helm and myself on drums. It was short lived, but it was a lot of fun. After Martin Short's show went down, Wayne Brady came up right after. Wayne Brady was doing "Whose Line is it Anyway," but he broke off and started another daytime talk show. It was kind of a variety show that we participated in, so it didn't have much to do with "Whose Line is it Anyway." Basically, it was a daytime talk show with a few musical guests and it was really great fun. Peter Michael was leading it, and there was a fair amount of improvisation.

Now, here's a bit of behind the scenes trivia—it costs a lot of money to perform a popular song on television. Obviously you have to pay the composer, publisher, etc. Because of this, we found ourselves composing similar sounding songs, that had the vibe of a song you might've heard before. We developed a great technique while on the air, right before a commercial break. Wayne would do a little talking, then lead us into a commercial and the band would start playing. Then boom, a commercial would start playing. There would be a good 10-15 seconds of the band playing on camera, and at that point we would play a similar sounding song. Then, as soon as the cameras would go off, we would kick into the real song! It was really great fun. Obviously when we returned to the air we would flip back to the generic song. Then we would cut it off and Wayne would continue with the show.

There were pluses and minuses to having a television gig. Obviously there's no travel and no leaving town. Musically, there was very little soloing or overall development. You're playing; you're on and then you're off. You're on, next commercial, and then you're off. The concept of developing musically and shaping a song was just not there. There was no time for that sort of thing and this was a downside. As a musician, you strive to impact your career by developing and growing music, but this situation did not lend itself to that type of development. This was television and that was one of the hazards. We had a bunch of really great musicians who played with us, we supported the musical guests that came on the show, and that was fun. We had to really pull it together and learn a song quickly because five or ten minutes later we were on the air playing in front of national television. It was challenging and great fun at the same time.

AAJ: I assume that was filmed in Los Angeles?

WK: Yeah, we were at the CBS lot. They had pictures on the wall of some of the previous shows—like Carol Burnett and all the Jerry Lewis telethons. You really felt like you were a part of television history as you hung around the place. It was really cool.

WK: In some ways they were quite similar camps. One of the cool things about Northern California, San Francisco Bay area, was that there were great communities of musicians that really loved to play and were inspired to create sounds that was unique to the area. You hear stories and recordings about the Philadelphia sound, or the New York musician. We had the East Bay grease which was represented in bands like Tower of Power, Con Funk Shun, and Sly and the Family Stone. There was also an offshoot of Sly's band, Larry Graham's "Graham Central Station." The East Bay had a certain character of funk that was really prominent and fun, once you grabbed a hold of the formula. I think that was one of the things that made the Bay area stick out over the Los Angeles area. These days there are young musicians with great talent in almost every major city. The cool thing that LA had over the Bay area was the movie and sound track opportunities. There still isn't anything like that. To have that sort of opportunity in your home town, to be able to record or participate in a movie sound track, all that stuff is just amazing and really cool to be a part of.

AAJ: Regarding your rig: In most of the videos I've seen, you have the right side of your kit positioned relatively high. At the Jazz Showcase in Chicago last month, I noticed you had your right hand crash cymbals placed below your rack tom. Is that something you do for the Yellowjackets gig or is that something you've been experimenting with, for a new set up?

WK: Yeah, that's pretty much Will Kennedy, these days. As I've gotten older, I've gotten more creative with my set up. Of course, any musician's rig or set up is unique to them. It's almost a unique fingerprint. I find this sweeping sort of way to strike the cymbal as opposed to a direct, straight down hammering. I found that the sweeping technique has taken prominence in my style. A way of hitting the cymbal, especially on the right side. It's much more conducive for me to have them lower, with the edges leaning up toward me. So, the cymbals are basically leaning outward, which is putting the edge of the cymbal closer to me without having them high. I guess we could just chalk it up to my laziness of not wanting to put up my arms up high any more as I've gotten older. Easy access is strictly the strategy for having them like that.

AAJ: So what's next? Are you planning to stick around with Yellowjackets for a while? Any new projects you'd like to mention?

WK: Yellowjackets are probably going to go into the studio in about three months. We're still writing material. We're still signed to Mack Avenue Records, and we are certainly planning to go in soon. So, it will be a few months before you see something from us. After we finish recording, it will probably be mid-to-late summer before it's available. As a solo artist, I've signed a recording deal with a record company called Riverphlo Entertainment, and I'll be one of the first jazz artists on that label. Presently, they are prominent in the gospel genre with artists like Andre Crouch. They just started a jazz division, Riverphlo Jazz, and I'll be one of the first artists to put product out. I'm going to gather my skills and contribute compositionally, and of course I'm going to play drums and any other instrument I can get my hands on. Probably play some keyboards. I'm really excited about making a personal contribution and statement as a solo artist. 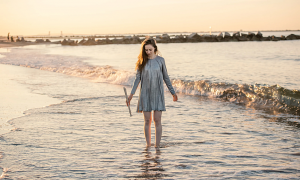