BY GLENN ASTARITA
February 1, 2016
Sign in to view read count 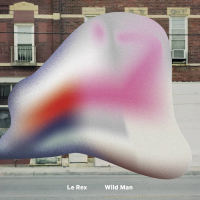 The band moniker Le Rex is culled from an abandoned theater, discovered on the island of Corsica, but there's nothing bleak or dusky about this quintet's musicality. After a successful tour of the US, they parked in Chicago to record this album, which is the musicians' third effort and first for Cuneiform Records. Essentially, these young lads convey remarkable maturity from a compositional perspective, and keep things novel or fresh amid a host of blossoming developments and tightly enacted grooves. At times, notions of an acoustic progressive rock band may surface, yet the musicians are firmly huddled in the jazz schema.

They lock into odd-metered funk rock grooves on the spunky and off-center "Home Alone," pumped up by tubaist Marc Unternährer who handles the bass chores throughout. And "Mr. Richard Kiel"—presumably inspired by the actor who played 'Jaws' in a few James Bond movies—features a succinct and excitable horns arrangement, nailed down by drummer Rico Baumann's forceful beats. Moreover, saxophonists Benedikt Reising and Marc Stucki raise the stakes via muscular and weaving solos as the group diversifies the program with inward-looking motifs on other tracks, but stir matters up with a buoyant Sonny Rollins-like calypso jazz vibe during "Riff Raff."

One of the strongest works on the album is "Sugar Maple," which is offset by a rather magnetic, drifting melody line, as Unternährer renders a powerful and fluid solo on "Anchor." Other tracks offer popping horns and blustery hooks, counterbalanced by the soloists' impassioned and vociferous exchanges. Lots of talent on the loose here... 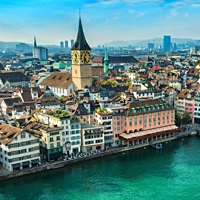