Espen Eriksen Trio: What Took You So Long 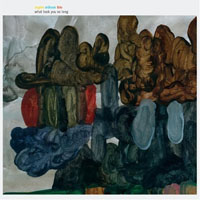 When Rune Grammofon first introduced In The Country with This Was the Pace of My Heartbeat, it touted the young Norwegian trio's 2005 debut as the label's first "jazz record." This is true, perhaps, using a broader definition that may rankle dogmatists more aligned with the American tradition; but over the course of the next seven years, In the Country distanced itself further, adopting a stronger predilection for song form. Rune's 2010 debut by the fledgling Espen Eriksen Trio, You Had Me At Goodbye was closer, though the trio led by pianist and primary composer Eriksen had more to do with Euro-centric piano trios like the tragically defunct Esbjorn Svensson and Michael Wollny than American institutions like Brad Mehldau.

What Took You So Long does everything that a good sophomore disc should: it strengthens the chemistry honed by Eriksen with bassist Lars Tormud Jenset and drummer Andreas Bye, the result of touring opportunities that stemmed from the success of You Had Me At Goodbye, including a successful stop at Malaysia's Penang Island Jazz Festival in the fall of 2011; it further defines the trio's voice, which is predicated on lyrical intent and restrained but undeniable virtuosity; and it demonstrates Eriksen's growth as a composer.

If You Had Me At Goodbye reflected the intrinsic classicism of e.s.t., but with less of the look-at-me gymnastics and an entirely acoustic complexion, it also spoke to the influence of a fellow Norwegian pianist, Tord Gustavsen, whose recordings on ECM have gone from one strength to another, but in the quietest, most Zen-like of ways. Like Gustavsen, Eriksen is not averse to cooking, but does so at generally lower temperatures, though there are moments on What Took You So Long where the band turns things up to a slow boil. On "Komeda," a tribute to the late Polish composer/bandleader, Eriksen takes his longest solo of the set. After a slow-tempo, melancholic theme doubled by the robust-toned Jenset, things build so gradually, yet so inevitably, that it's only when the trio takes things back down to reiterate the theme at the song's end that the surprising and dynamic unfolding of Eriksen's solo becomes clear.

Like You Had Me At Goodbye, What Took You So Long's reliance on shorter pieces—most in the three-to-four minute range, with only two songs breaking the five-minute mark—means the trio never overstays its welcome, and appreciates the strength of song form. Unlike its debut, however, there are two unlikely cover songs: a surprisingly dark and brooding look at Terry Britten and Graham Lyle's "We Don't Need Another Hero," made into a hit by Tina Turner; and an early Barry Manilow smash, "Could It Be Magic," played at a similarly slow tempo.

While Eriksen's is the most immediately dominant voice, Jenset's contributions and, in particular, Bye's—whose approach to color and groove is so subtle it's often felt more than heard—are equally essential. Quiet, yet occasionally building to peaks all the more dramatic for the trio's largely gentle dynamic, What Took You So Long is a worthy follow-up to Espen Eriksen Trio's debut, and a harbinger, no doubt, of even better things to come.

All Good Things; Third Stop; On the Sea; Fall; We Don't Need Another Hero; Passing By; Could It Be Magic; Dusk of Dawn; Komeda; Oslo.