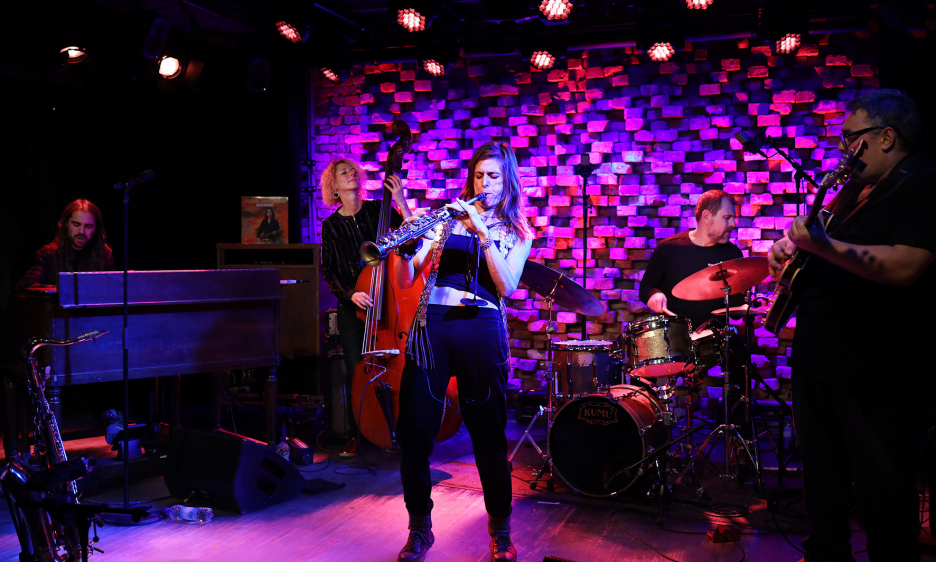 Two things are always certain about the We Jazz Festival in Finland, and neither involve death or money. The concert tickets are modest by Scandinavian scales, tho' pricey for Central Europeans. The most unpredictable certainty is, or more likely are, the variety of weathers to be tackled en route to concerts of your choice. The venues are all within bicycle distance of the center of town, but only a thoroughly well prepared would consider given the range of extreme conditions likely. This year it was pelting rain and gale-force winds. However, you can be sure that the music is always first-rate.

It's hard to say who was heading the roster this time round, the seventh year. Most musicians came from Europe and the majority from Finland, with the addition of Ned Fern and Jonah Parzen-Johnson from the USA. The honors should probably go to the multi-ethnic quintet led by Muriel Grossmann, herself Austrian but leading a band with two Slavs, one Belgian and one Spaniard, if the authorities in Ibiza are still flying the Spanish bi-color when you read this. With the festival playing for the first time in two towns outside Helsinki, and Tallinn is also across the Baltic in Estonia, Grossmann added a degree of poise to the ruggedness of her music. Her four colleagues, including an instrument rarely seen in jazz clubs, the Hammond organ, gave each other ample space as well as uniting for some very solid grooving. But to see this band leader on her knees in the middle of the stage, ducking the spotlight and giving space for the other members took their solos, was a refreshing sign of the leader's commitment to a collective style of music making.

As is their tradition, the range of venues used by We Jazz was extreme as well, from a small corner Café Savy to one of the smoothest jazz clubs in the city, the Genelec-sponsored G-Livelab. The sound in all venues is always well monitored and controlled by a dedicated We Jazz team, but they can't control the natural elements outside. The final night's sets were both led by drummers, the Dane Tørkel Nørgård (with Ralph Alessi) and local Teppo Mäkynen (playing a duo with perennial colleague, saxophonist Timo Lassy) and both added spicy rhythmic energy. Release at the end into the blustery wind and bleak darkness after the duo's intimate but also slightly showy set, was a cultural as well as climactic jolt. The music in this festival is always a good antidote to the saccharin Christmas sounds on offer in malls and high streets, a good reminder that it's the season for selection as well as celebration. We Jazz is usually a solid choice to be relied on.