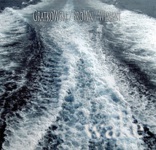 This is a remarkably simpatico trio. The evidence is all over this program in terms of deft musical touches and the deep listening of all three members. Even in the most animated passages the music never descends into mere chaos, and there is an underlying logic which just might lie closer to the heart of musical expression than any creation of chaos for its own sake.

The sonic palette of the instrumentation is exploited to the full. On the opening "Slide" everything is lively, yet measured at one and the same time, with Frank Gratkowski's clarinet and bass clarinet hinting at Viennese Formalism in places, even while he revels in the moment. William Winant's percussive touch is alert to the demands of the moment while Chris Brown's piano merely hints at bombast when it's not mocking the very idea.

The arguably perennial issue of silence is to the fore on the following "Ambitus," where in the opening passage Brown and Gratkowski tease with it by mutual consent as small sounds come up out of nothing like a blunt instrument pushing against fabric. Brown's electronics serve to take the ambiance outside of the known world while his piano, seemingly grounded in it by way of compensation, provides random interjections. Where the music is more lively it's with a collective eye on something greater but tantalizingly distant; Gratkowski's clarinet in certain passages takes on the role of a focal point for all of its entirely singular logic.

If "Scrabble" has any wordy implications than they reference a highly individual vocabulary. The smallest sounds inevitably come out of nothing, although in this case the listener might almost be both intruder and outsider so personal is the music in its evolution. That said, there's nothing forbidding about the proceedings. At all times this is music that holds the attention, even while it makes demands of the listener.

Those demands are always welcome, and on the closing "Archipelago" it sounds as though the trio is fully appreciative of that. Again the music is in thrall to the moment, even while it's outside the measure of time. As such, the very sounds they produce celebrate that passing moment despite they're being a passionate denial of it. If it is the case that music as a means for organizing time is a plausible one, than these three individuals are appreciative of the idea that music is far greater than the sum of its parts.