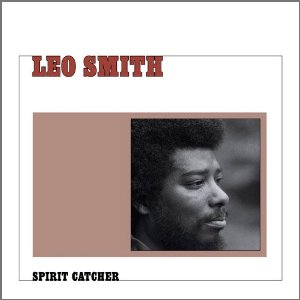 Certainly, composition in jazz has gone well beyond head arrangements that bracket solos and group playing—sometimes approaching areas that sound so open as to seem free-form. Multi-instrumentalist, trumpeter and composer Ishmael Wadada Leo Smith is one of a number of figures in this music whose work has long sought to explore and expand the blurred lines between composition and improvisation; one of the structural/notational strategies he has used (formulated in works of the 1970s and 1980s) is called Akhreanvention.

In 1978, Smith wrote that this concept is predicated on "creating and inventing musical ideas simultaneously, utilizing the fundamental laws of improvisation and composition. Within this system, all of the elements of the scored music are controlled through symbols designating duration, improvisation, and moving sounds of different velocities. These symbols are depicted on two types of staffs; sound staffs divided into low, medium and high, and sound staffs of adjustable sound partials." In their audible essence, the motion between areas of notated and improvised components operate on a similar axis, held in a fairly constant range of orbit with one another.

Smith recorded Spirit Catcher in 1979 while he was living in New Haven, Connecticut and co-directing the Creative Musicians Improvisers Forum. His group, New Dalta Akhri, featured a coterie of musicians located in Connecticut and New York, such as drummer Pheeroan AkLaff, vibraphonist Bobby Naughton, bassist/flutist Wes Brown and reedman Dwight Andrews. In addition to Nessa, Smith and New Dalta Akhri recorded for ECM and his own Kabell Records. This reissue, the session's first time on CD, adds an additional take of a piece for three harps and trumpet, "The Burning Of Stones."

What's striking about the lengthy opening piece, "Images," is how utterly rigorous its execution is. A microcosm of how the quintet operates appears in the first few minutes, where vibrato-laden clarinet, vibes, arco bass and martial percussion measure themselves in small delicate progressions quickly joined by a clarion trumpet call. A linkage of short unison horn phrases quickly become slightly opposing, and lead into a few seconds of trumpet/bass duet; when Andrews' clarinet trills enter, the trio is embroiled in darting collectivity. Those darts return to a stately sense of pause and are rejoined by lumps of vibes and drum set, brass and wood following atonal lines into loosely intertwined phrases. The title could refer to either side of the improvisation/composition coin—short written sections that demarcate areas of related-but-open play, or the free vignettes that spiral out from collective notation.

The title track is a moderately heavier proposition, and a rare example of Andrews' throaty tenor at play in the particulates of Smith's writing. The piece opens with a string of small rhythm unit bursts underpinned by bass and Naughton's "Air Raid" chords; splashes of cymbal and snare patter support Andrews' lilting peals and the vibraphonist's harping refractions. "Spirit Catcher" might be the nearest approach to crackling "free jazz" that New Dalta Akhri got, but the specific rhythmic order followed throughout lends the improvisations a unique quality. "The Burning Of Stones" use of a harp trio is really unlike anything else in contemporary creative music. At once mimicking the Japanese koto and exploring upper partials in quavering dissonance, the trio is set in active relief to Smith's Miles Davis-ian mute, like Gil Evans arranging a Toru Takemitsu composition. Like the other pieces here, the trumpet part is made up of a series of improvisational flourishes linked by notated elements (of course, all are of a single piece), each note and tone row a clearly demarked unit that gives rise to inflections and immediacy. Recorded crisply by Rudy Van Gelder (unlike the somewhat murky Kabell LPs), Spirit Catcher presents Smith's earlier music with clarity and warmth, and it's welcome news to have this set in print once again.