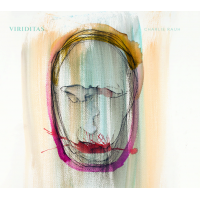 With each new project, guitarist Charlie Rauh redefines the parameters of "intimate" as a musical concept. Viriditas is no different. He cradles this set of eight originals, recorded over a brief session in the south of France, like the newborn nephew to whom "Augustine" is dedicated. Even without the backstory, its promise of new life is obvious, by which nostalgia is proven to be more than a yearning for that which can never be recovered, but total immersion in the present effects of remembrance. From the title track to the closing "Arolen" (a reworking of his very first composition and named for his childhood street), Rauh offers one fade-from-black after another, each composed in tender wishes and played with memories of others fulfilled.

Drama has no place here. In its stead are microtonal harmonies, touches of spontaneity, and impressions of faraway places. "Wind in the East" and "Lullaby for Djupavik" are cases of the latter persuasion, as both draw inspiration from Rauh's trips to Iceland, where the terrain has left obvious indentations in his heart. These quiet tunes dust off a few neglected shelves of the human soul, and from them pull down vials filled with brightness. The same holds true for "Breathing Pleasure (for Connie Crothers)," which Rauh improvised in response to a dear friend's death just one day before the recording. The individual understandings reflected in this and the surrounding pocket mirrors are as genuine as the emotions behind them. Be they as ephemeral as "Living Light" or as achingly melodic as "Lullaby for Blassac," his motifs are rudimentary yet ripe with vibrancy.

There is a uniquely rural cast to these folksongs without words, performed as if to an audience of willow trees and sunsets, and all we can do to understand them is sit among the growing shadows and close our eyes in anticipation of dusk's benediction.