By Edward Blanco
January 18, 2012
Sign in to view read count 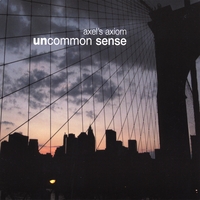 Since graduating from Boston's Berklee College of Music in 2004, German-born pianist Axel Schwintzer has kept busy teaching, playing throughout New England, performing at the prestigious Kennedy Center for the Performing Arts in Washington, DC, and playing various venues in the New York City area since relocating there in 2007. Axel's Axiom may not be familiar to most jazz audiences, but is Schwintzer's second group, with Uncommon Sense representing the sextet's recording debut.

With the Grammy Award-winning Yellowjackets—clearly one of today's premier jazz groups—serving as his main compositional influence, Schwintzer crafts challenging and innovative music as varied as material from Yellowjackets' earlier discs. Uncommon Sense features a selection of swinging, up-tempo tunes, as well as a few casual ballads on a ten-piece canvas of stylistically varied original compositions that meld pop and funk-influence grooves with samba elements. "Pretty Ugly" even incorporates a feisty blues shuffle from guitarist Casper Gyldensoe, after a particularly strong introduction from drummer Marko Djordjevic, adding blues to the set's varied mix of genres.

The similar in texture, "Leaps & Bounds" and "Vorfreude" open the album with decidedly swinging jazzy themes, with tenor saxophonist Alex Terrier and alto saxophonist Aki Nishiguchi guiding the music along, accompanied by the pianist's own stellar solos. The funky rhythms of "No Brainer" keep the music lively, with firm performances from Gyldensoe and Schwintzer leading the way.

The lighter side of the album is contained on the reflective ballads of "Caveat" and "Airborne." The title of the warmly melancholic "Tout Compte Fait" may be taken from Simone De Beauvoir's famous 1972 autobiography but, regardless, it does inspire a beautiful piano solo and delicate bass lines from Evan Gregor.

Schwintzer asserts himself quite well with some of his best work on "Wishing Well," penned for and dedicated to his father, starting softly but developing into one of the bright highlights of the disc. Much like its title, the group finishes with the up-tempo fast-paced burner "Fast Track," closing Uncommon Sense with a bang and not a whimper, and successfully fashioning a profound musical statement that's hard to ignore. 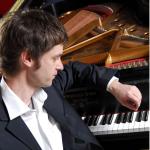