By TROY DOSTERT
December 16, 2017
Sign in to view read count
Looking over the vast quantity of fine music released in 2017, it is reassuring to know that even in these troubled times, the spirit of creativity and endurance that jazz has always embodied continues to hold strong, especially as the music continually finds new forms of expression that move beyond stylistic boundaries. It was a particularly good year for pianists, as several of the most important contemporary voices on that instrument are represented here.

Confirming his place among jazz's most accomplished and creative pianists, Iyer's Far from Over is also his most engaging release in recent memory. With a superlative band that includes the three-horn team of Mark Shim, Steve Lehman and Graham Haynes, and the pivotal rhythm duo of bassist Stephan Crump and drummer Tyshawn Sorey, Iyer has the perfect vehicle for his uniquely catchy compositions. Drawing deeply from the jazz tradition but in an exploratory spirit, Iyer continues to point the way toward jazz's future. 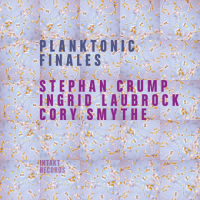 A freely-improvised meeting of exceptional depth and subtlety, with few headlong rushes but lots of close listening and sympathetic dialogue. Saxophonist Laubrock's dusky tenor and fleet soprano are essential, but equally so are the patient, nuanced contributions of pianist Smythe and bassist Crump, both of whom develop the music with meticulous attention to detail and a complete willingness to surrender themselves to the group's collective sound. A captivating listen, and one that tends to reveal its charms more fully with each encounter. 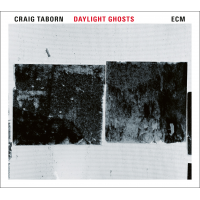 As with its support of Vijay Iyer, ECM's commitment to Craig Taborn is fully in keeping with its legacy as a label that has always been eager to sustain the work of leading-edge pianists. Taborn's approach is oblique, with the gradual accrual of ideas generating an air of mystery and spectral shadow. Joined by tenorist Chris Speed, bassist Chris Lightcap and drummer Dave King, Taborn also makes judicious use of electronics, expertly integrated to add a hint of the ethereal to a recording that may be Taborn's best to date.

When it comes to sheer emotional and lyrical power, it's hard to top the Latin-classical-jazz suite Alcanza, the third and most fully-realized release by pianist Fabian Almazan. The ambitious program utilizes a string quartet to augment the superb musicianship of Almazan's regular band, and the result is a cohesive, poignant set of meditations on identity and belonging. The beguiling vocals of Camila Meza are vital to the project's success, as are the contributions of bassist Linda Oh and drummer Henry Cole—and, of course, Almazan himself, whose affecting romanticism on the piano is entirely contiguous with his lush compositions. 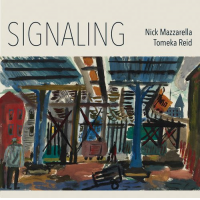 For listeners with a fond appreciation of the 70s-80s avant-garde, this wonderful pairing can't help but bring a smile. Cellist Tomeka Reid and alto saxophonist Nick Mazzarella invoke the spirits of adventurous forbears such as Abdul Wadud and Julius Hemphill with music that is both freely improvised and supremely addicting. Mazzarella's assorted leaps, flurries and exclamations are met by Reid's tuneful, endlessly creative rejoinders, and their fluid conversations are both generous and inspired. 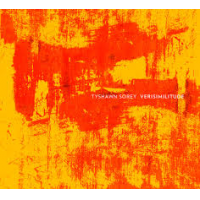 Percussionist Tyshawn Sorey continues to amaze with his uncanny ability to transcend genres, creating a one-of-a-kind sound all his own, this time with just a trio, utilizing the talents of pianist Cory Smythe and bassist Chris Tordini. Sorey's huge, expansive compositions hint at elemental forces, with impressionistic vistas rather than melody the central aim. Even so, there is a subtle beauty to much of the music, unsettling as it can be at times. A noteworthy contribution to Sorey's well-established legacy of creating consistently challenging, thought-provoking music. 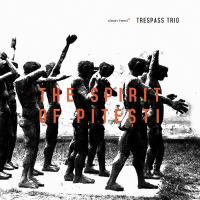 A record of quiet, restrained, yet transfixing power. Saxophonist Martin Kuchen, bassist Per Zanussi and drummer Raymond Strid use as their subject matter the Piteşti prison—a brutal Romanian re-education camp that ruined the lives of thousands at the outset of the Cold War—and manage to harness both defiance and, somehow, a paradoxical beauty. The music is almost unremitting in its refusal to raise its voice in fury. But that lends even more authority to Küchen's plaintive laments, and Zanussi and Strid are similarly determined to find resilience in even the smallest of gestures. 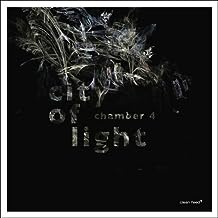 Taking the format of "chamber jazz" but pushing it in directions that are both unusual and stirring, brothers Théo and Valentin Ceccaldi partner with trumpeter Luis Vicente and guitarist Marcelo Dos Reis for three lengthy improvisations, performed live at a Paris festival in 2016. With a broad range of emotional registers, the music does at times retain the feel of a conventional chamber quartet, but when the four let loose with abandon the outcome is bracing, with a sense that anything can (and will) happen with these uninhibited, chance-taking musicians.

Featuring a unique sextet concept comprised of two drummers (Fujiwara and Gerald Cleaver), horns (trumpeter Ralph Alessi and cornetist Taylor Ho Bynum) and—last but definitely not least, guitarists (Mary Halvorson and Brandon Seabrook), Triple Double is an album which celebrates sonority, texture and groove in equal measure. Each musician brings a distinctive personality to the project, and Fujiwara's strength lies in envisioning and rearranging the different configurations needed to give each piece its distinctive color and shape. A memorable and potent release, with enough nuances and surprises to justify a lot of re-listening. 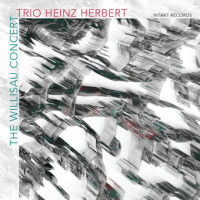 A recording that goes a good distance toward making genre irrelevant, the third release from Trio Heinz Herbert features a large, sweeping sound that incorporates the multi-hued synth and sampler work of Ramon Landolt, the tenacious guitar of Dominic Landolt, and the propulsive drums of Mario Hänni. Ambient drones, improvised electronica and impassioned surges of rock are all present and fused together skillfully, with an occasional strain of melodicism adding another layer to the group's sprawling, impossible-to-categorize concept.