By DAN BILAWSKY
November 8, 2016
Sign in to view read count 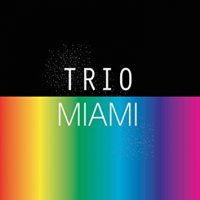 While nobody could successfully argue that the cost of playing with jazz legend Roy Haynes outweighs the benefits—a wealth of experience and time to connect with one of this music's greatest figures, tremendous exposure and opportunity on the performance front, time to build a group dynamic with one of the few true working bands out there, the incentives that often come with top-tier bookings—there is still a small price to be paid. For pianist Martin Bejerano (and his fellow travelers in that band), that debt has simply been met by playing in the shadows, so to speak. He gets his due on stage, both in terms of solo space and recognition, but it's not his show. There's little doubt that people are really there to witness a nonagenarian icon whipping through Pat Metheny's "James," gently coating the underbelly of a ballad, and tap dancing across a stage. Thankfully dates like this exist to balance things out for Bejerano, helping to boost his visibility as a leader while shining a light on his extraordinarily skillful and creative piano playing.

Trio Miami finds Bejerano thinking of his hometown, where he just so happens to head up the University Of Miami's jazz piano department in that institution's prestigious Frost School of Music. That's, no doubt, where he connected with his energetic musical compatriots on this project—bassist John Allen and drummer Michael Piolet, two University of Miami alums who prove to be every bit as dynamic and sensitive as the leader. Together they work through a series of originals and choice covers with open lines of communication, rhythmic flair, and a sense of emotional balance. Sometimes the flames burn high, and sometimes the light from a single candle sits low.

The album opens on "The Reckoning Song," a piece which finds fire and musical poetry in proportion. It's but one of several examples of how roiling sentiments and precision play line up in Bejerano's work. Then moods and themes quickly shift. A brief prelude ushers in a hopeful take on Peter Gabriel's "Blood Of Eden" that finds Bejerano in light-touch mode with an Aaron Goldberg-esque demeanor. Then "Airegin" arrives with a lopsided Afro-Cuban gait before speeding down the road. It's a welcome twist on an old favorite. Further on there's the sensitively waltzing "Last Happy Hour," the explosive "Disturbing Behavior," an album-ending "More Than You Know" with an after hours feel, and other gems in the spaces between. There's a lifetime of experience filtered through these nine performances, and Bejerano plays second fiddle to nobody on this thrilling date.