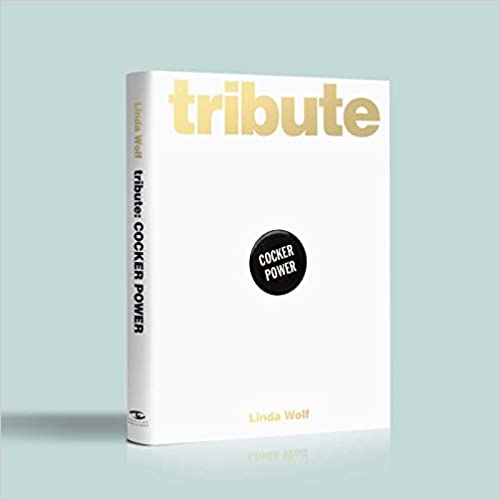 It was a cloudy yet warm day in mid march 1970 as musicians, singers, soundmen, girlfriends, photographers, a dog, and several hangers on made their way to the A & M records soundstage on La Brea Ave. in Los Angeles, California for rehearsals. The festive tribal gathering was there at the behest of keyboardist Leon Russell who was busy conjuring up a new band to back up vocalist Joe Cocker in his efforts to finish off a 52 date American tour. As the band and back up singers strode into their bluesy, meandering renditions of original and cover material a teenager, Linda Wolf, stood in the midst of the proceedings with her borrowed 35mm camera and began shooting what would come to be one of the more memorable and monumental Rock n' Roll tours ever undertaken. Unsure of what her eventual fate with the traveling band of gypsies would be, Ms. Wolf kept working and by days end was overjoyed with the news that she too would be going on tour as one of two official photographers! Ecstatic and energized, she later proudly strode up to her concerned parents announcing, "I'm going on the road with a Rock n' Roll Band!"

Traveling aboard a shaky 1950's propeller driven airliner that had seen better days, the rag tag party of revelers proceeded to tear across the country performing intense and soulful concerts along the way. Thankfully, the happening was captured in an album recorded at the Fillmore East in NYC and in a successful movie. Most fortunate too are the newly unearthed photos the demure Ms. Wolf shot documenting the transcendent performances as well as behind the scenes events.

Presented in her new coffee table book, Tribute: Cocker Power, Ms. Wolf has managed to snap the passion, ecstasy, and high jinks, but also the sweat, exhaustion and tribulation of that tour in beautiful primal shots. Although the photos are in black and white, they capture the full color of the proceedings in all their mystical and dreamy landscapes. In hard cover and on high quality paper stock, the book tells the story of the tour in pictures, in reflections of the band members and in Ms. Wolf's own narration. Together, they present a time in American music that was strictly analog and a time in history that was uniquely psychedelic. Experiencing the book now is like looking down from a beautifully lit, colorful carousel traveling at light speed with wonderful music playing in the background amidst a dizzying swirl of activity.

We have tales of Ms. Wolf driving down the road of a nearly forgotten mid-'60s Los Angeles and slowing to pick up hitchhiker... Neil Young! Further down the road, our intrepid photographer gives one more ride to a thumbing, hitchhiking... .Jim Morrison! We have an exhausted and famished band arriving at a hotel in the wee hours being told that the kitchen was closed for the night. Regardless, many of the merry makers gain access to and make themselves at home in the hotel's kitchen preparing well earned sandwiches with all the fixings. On one trying evening, the decidedly nonrhythmic and overly enthusiastic actor, Michael J. Pollard, took to the stage with tambourine in hand only to have Leon Russell throw a hat at him to get him offstage and get the band in a proper groove.

Inadvertently, we also have here the coming of age story of the photographer herself. A teenager during the initial rehearsals, Ms. Wolf turned 20 before boarding the rickety plane that would take them to their first gig in Detroit six days later. "Leon came up to me and said, 'You know, Linda, you can dance.'" I saw go-go dancers in my mind and thought to myself, 'I would never!' But after a couple more nights, I put down the camera and went out and danced my heart out. Leon gave me permission to be free, yet kept his eyes on me not to go too far." Recently Ms. Wolf was seen sitting next to Leon Russell and sharing how these experiences so many years ago had changed her and been inspiring in her eventual career as a world renown photographer of women and indigenous cultures.

The last third of Tribute: Cocker Power deals with Virginia's 2015 Lockin' Festival where the reunited Mad Dogs performed alongside the Tedeski Trucks band, a group heavily influenced by Mad Dogs and desirous of a tribute concert. Joe Cocker himself had agreed to join the troupe one more time but unfortunately passed away months before the show. Paying homage that evening, a lone microphone was placed center stage with a spotlight shining down in memory of the singer accompanied by one of Ms. Wolf's photos of Cocker projected on screen.

At books end, two poignant photos sit full page side by side; one depicts the unhelmed piano of the now deceased Leon Russell, the other of Joe Cocker's aforementioned lone microphone with spotlight. Both stand as a haunting memoriam celebrating two great architects of '70s music.

All said, this Tribute book is a stroll down a funky and soulful memory lane for those who experienced the concerts, album or film. For those not yet born at the time it is a spellbinding look into an era when Rock was king and the future seemed wide open.

John helps with the preservation effort of the John Coltrane home in Dix Hills, NY.