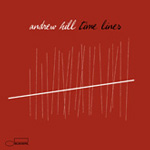 Sadly, art is often not recognized until the artist is gone. That certainly appeared like it was going to be the fate for pianist Andrew Hill. Despite releasing a spate of innovative records for Blue Note in the 1960s, he seemed perennially overshadowed by the artists he worked with, including vibraphonist Bobby Hutcherson and saxophonist Joe Henderson.

Thankfully, there's been a concerted effort in recent years to reissue his Blue Note oeuvre, as well as dig out some archival gold that has remained unreleased for over three decades. And with Hill's two fine late-1990s Palmetto releases, it seems that he's finally making it onto the radar of a larger modern audience.

And not a moment too soon—Hill was diagnosed with cancer in 2004. On the strength of Time Lines, his return to Blue Note after a sixteen-year absence, Hill is making some of the best music of his career. But with his medical condition, one wonders how much longer he has left, one factor that motivated Left Coast guitarist Nels Cline to record Tribute to Andrew Hill, which will be released later this year.

In some ways Time Lines suggests how ECM might have evolved had it been based in America rather than Europe. There are clear nods to tradition on tracks like "Smooth, with its fast swing. Woodwind multi-instrumentalist Greg Tardy and trumpeter Charles Tolliver, another undervalued performer who appeared on some of Hill's 1960s Blue Note albums, dance around each other like agile boxers while Hill, bassist John Hebert and drummer Eric McPherson stretch time every which way. But both the ensemble and solo piano versions of "Malachi —dedicated to the late bassist Malachi Favors Maghostut, with whom Hill collaborated in the late 1950s—are imbued with an abstract impressionism, even the hint of icy cool that has been one of ECM's characteristics since its inception.

But, like ECM, Hill's "in the moment" music transcends easy categorization. Offering some of the freest sounding playing of his career, Time Lines is nevertheless anything but unstructured. It's just that Hill's themes and harmonic foundations are often so complex that it's often a challenge to easily pick them apart. The 11/8 title tune, with McPherson's liberated sense of time—a curious blend of styles reminiscent of Jack DeJohnette and Jon Christensen—cleverly obscures any obvious downbeat. Hill's own playing remains oblique—blocky, and yet with an abstruse melodic sensibility all its own. That seems more acceptable now, 45 years down the line.

Despite the unquestionable modernity of Time Lines, it's also a thoroughly logical evolution from Hill's earliest work. Sometimes it's not a matter of the artist finding the right chord to resonate with his audience, but the audience finally catching up with his work. It's gratifying indeed that Hill's art is finally finding a larger audience while he's still alive. Hopefully Time Lines won't be Hill's last recording; but if it is, it's as fine a way to depart as one could hope for.