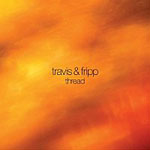 The question of who first took snippets of music and created repetitive loops could be argued until the cows come home; looking to classical composers like Terry Riley, Steve Reich and Karlheinz Stockhausen or, in the jazz sphere, producer Teo Macero and his landmark collage work with Miles Davis would be good starting points. In the realm of real-time looping as an improvisational device, however, it's much clearer. When King Crimson co-founder/guitarist Robert Fripp and Ambient music progenitor Brian Eno linked two reel-to-reel Revox tape recorders together and created Frippertronics—primitive real-time looping that could be created, modified and eliminated on the fly—for the groundbreaking No Pussyfooting (Island, 1973), it opened a new door to sonic possibilities for the solo musician.

The advent of digital sampling and looping technologies facilitated the expansion of Frippertronics into Soundscapes, a remarkable one-man improvisational orchestra documented on albums including Love Cannot Bear (DGMLive, 2005) and At the End of Time (DGMLive, 2007). Fripp has also employed Soundscapes on numerous guest appearances, most notably on woodwind multi-instrumentalist Theo Travis' Double Talk (33 Jazz, 2007), where abstract ambience and more definitive pulse, at times, intersected. With Travis' own electronically rigged System of Ambitronics, it was only a matter of time before the two musicians joined up for a session of music where technological sound sculpting marries seamlessly with the intimate interaction of the improvising duo. Thread is the result.

A collection of nine completely improvised pieces, many of the underlying textures will be familiar to fans of Fripp's Soundscapes recordings. But while Fripp creates lush washes of sound, so too does Travis, but instead of using sampled sounds as a primary sound source, it's Travis' flute and soprano sax that are both recognizable and expanded beyond conventional limits. In many ways, Travis' presence and the distinctive sound of his instruments, even when heavily processed, shed an even greater spotlight on the potential of Fripp's own sonic explorations. And with the added impetus of an independent yet keenly attuned partner, with whom ideas can be taken to even more unpredictable places, the result is an hour of music that may be largely ambient in nature but remains exciting in its realization of potential, albeit in its own quiet way. Neither musician alone could create the seamless whole found here, yet the individual voices remain distinct—even with the additional post-production work of Porcupine Tree's Steven Wilson.

As gentle as the music on Thread largely is, there's no shortage of risk, nor is it entirely pretty. Still, it is singularly beautiful, and as a particularly deep collaboration between Fripp and like-minded improviser Travis, it's a meeting of musical minds that begs for a follow-up.

Land Beyond the Forest; The Apparent Chaos of Blue; As Snow Falls; Before Then; One Whirl; The Silence Beneath; Curious Liquids; The Unspoken; Pastorale.