Ensemble Pamplemousse: This Is The Uplifting Part 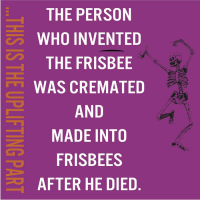 This Is The Uplifting Part by Ensemble Pamplemousse, is an unusual album not just in content, but also in format. Offered only as a video release, it is available on a limited USB stick (encased in a replication of a cassette) or as a video download. A non-conventional collection, the album incorporates acoustics and electronics, extended technique and an assortment of non-musical sounds. Presented as it is, in the video format, it is as much performance art as music, though the latter would easily stand on its own.

The members of the collective—founded in 2003—bring an array of talents to the table but with a unified vision of this project. Pianist/composer Dave Broome has recorded on John Zorn's Tzadik label and has performed in the US, Australia, Russia and Europe. He holds a Master's of Music from the Manhattan School of Music. Cellist Jessie Marino has worked with Grammy winner Pierre Boulez, Anthony Braxton and many others and has a Masters in Composition and Experimental Music from Wesleyan University. Natacha Diels play flute and works in multiple media, as does drummer Andrew Greenwald who specializes in experimental music. Bringing both a classical sensibility and a high electronic aptitude is composer/guitarist Bryan Jacobs whose works have been performed globally by the Cleveland Chamber Symphony. Jacobs seemingly works electronics only here as there is no indication of guitar.

This Is The Uplifting Part is made up of the five long compositions; only one running under ten minutes. "Child of Chimera" opens in complete silence, three of the quintet swaying behind their instruments for the better part of a minute and then dropping distantly spaced notes and tones. Slowing building up to a frenetic pace, accompanied by rapidly shifting visuals, the piece begins a roller coaster of fluctuating tempos, often absent melody, electronics and wordless vocalizations. "Organic Synthesis Vol. 1" is more overtly electronic and with less of the wild fluctuations of the opening composition. Static radio waves and real or replicated Chemistry 101-style videos occupy the first three minutes of "Guillaume de St. Cloud Suffers a Violent Dazzling." Infectious acoustic and electronic percussion takes over and then drift into eerie keyboard effects and finally a shrill electronic drone. "Together Again. Again!" is like an off-kilter honkytonk filtered through an early stage, pixilated, video game environment. The piece maintains that tone and appearance for about ten minutes when a bass drum and slide whistle join. Occasional blank screens and audio silences are interwoven with piano, cello, drums and electronics on the closing "A Thing is a Hole in a Thing it is Not (IV)."

This Is The Uplifting Part is strictly for those who appreciate experimental music with dense layers of complexity presented in a performance setting. While there are a few openings that could pass for meditational, the overall aesthetic is busy and mechanical. What the project lacks in musical warmth, it makes up for in uncharted explorations and humor that could only be appreciated through its visual component.

Child of Chimera; Organic Synthesis Vol. 1; Guillaume de St. Cloud Suffers a Violent Dazzling; Together Again. Again!; A Thing is a Hole in a Thing it is Not (IV).