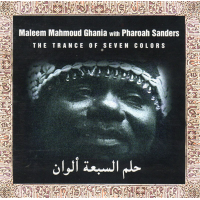 Producer Bill Laswell gets a bad rap in some quarters, and sometimes he deserves it. During his mid 1980s through mid 1990s purple period, Laswell tended to apply, some would say impose, a one-size-fits-all, avant-rock-and-funk formula across the board to the projects he took on. It was novel and radical and compelling and Laswell assembled a pool of first-class session musicians to deliver it. With some bands, such as his own Material, the formula worked like a dream. But in other situations it steamrollered over the sensibilities and singularities of the artists being produced.

Pharoah Sanders is a case in point. His two Laswell-produced albums for Verve, Message From Home (1995) and Save Our Children (1998), verge on the parodic. The first revisits Sanders' greatest moments from his late 1960s and early 1970s Impulse albums, fresh wrapped for Balearic rave audiences. The flowing, lyrical character of the original albums is replaced by a mechanistic beat and off-the-shelf licks from Laswell's first-call organist, Bernie Worrell, and kora player Foday Musa Suso. Save Our Children is less clichéd and includes a gorgeous reading of Manning Sherwin's "A Nightingale Sang In Berkeley Square," a tune which Sanders was still including in his live set when this writer last saw him, in late 2017. But, as a whole, the album comes across as Laswell's rather than Sanders' vision.

Laswell and Sanders' collaborations were not always thus, however. They began with the outstanding, little known and 360° authentic The Trance Of Seven Colors. The album was originally released by Laswell in 1994 on CD and cassette on his own Axiom label. The CD has never been reissued, but a bootleg cassette was released by Loathed Sounds in 2017, when Laswell also self-released various digital formats.

The Trance Of Seven Colors was recorded live in the courtyard of a private house in the medina in Essaouira, Morocco. It features Sanders alongside the late guimbri player Maleem Mahmoud Ghania, a leading light of gnawa, a percussive, black African trance music originally heard only in southern Morocco. Laswell's production is formula-free and there appear to be no overdubs, no post-production sonic manipulations and only a little editing. It is a field recording, pure and simple and, apart from a couple of occasions when Sanders veers off-mic, it is well recorded.

Sanders is heard on six of the nine tracks with Ghania and his percussion and vocal ensemble, on one track with ghaita players Abdelmalak Ben Hamou and Maleem Abdelkabir Addabachi, and sits out the rest. Most of the tunes are traditional gnawa numbers; two, including the elegiac ballad "Peace In Essaouira," which is dedicated to Sonny Sharrock, who had passed a week earlier, are Sanders originals.

By 1994, Sanders was almost three decades into the lyrical, mellifluous style of astral jazz which he had introduced on Tauhid (Impulse, 1967), and which had replaced the ferocious, paint-stripping aesthetic with which he had launched his recording career on Pharoah (ESP, 1965) and had maintained during his time with John Coltrane during Coltrane's final years.

On The Trance Of Seven Colors, however, driven by gnawa's relentless rhythm and sandpaper sonics, and most particularly perhaps by the raw reediness of the ghaitas, Sanders frequently scrolls back to the ESP/Coltrane paradigm, which was packed with high harmonics, split tones and low register honks. It was to be a temporary rewind, as evidenced by 1999's gorgeously balladic Crescent With Love (Venus Records), and is all the more precious for it. There are two sides to Sanders and both are to be treasured.