The Music Instinct: Science and Song

Long ago when I was caring for a woman dying of Alzheimer's, she gifted me with a beautiful rendition of a classical piece of music on her piano. I remember that moment clearly; mostly bedridden, she had wandered downstairs in her nightgown, drawn to the magnificent baby grand piano in her library. Ghost-like, very beautiful with long silver hair, she was now completely divested of speech by the disease. She was living out her days in the Michigan backwoods, her house full of old photos of her posing with presidents and with curios bearing the US State Department insignia stuffed in vast cabinets. Her days of glory were now long past; she had been a mover and shaker on the Washington DC diplomatic scene in the 1950s.

She played the piece flawlessly in its entirety without music; it might have been something by Erik Satie. I had been hanging over the curve of the piano, enthralled, moved by her grace and technical brilliance; after she finished she stared at me silently for a moment, and then wandered back upstairs. She died not long after this episode, but I was always struck by the secrets of the brain that allowed her to keep the music in her head when all else had dissolved away.

In his second book on music cognition, "The World In Six Songs," Daniel Levitin Ph.D. contends that six templates can describe the foundation of the world's repertoire of songs. While this contention may or may not have credence, Levitin flavors it by excluding instrumental music and focusing primarily on vocalized, Western pop music. He opens his argument by complaining that the lyrics to The Eagles' "Hotel California," the SoCal ode to the '80s, are completely opaque to him. Not the best way to start out with a jazz fan. 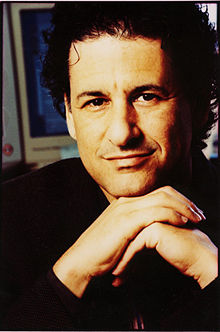 So expecting to be yelling at the TV during Levitin's PBS documentary, The Music Instinct, I was pleasantly surprised by his having corrected many of the omissions and logical frailties from his book. Mercifully, he doesn't focus much on neuroanatomy or physiology, other than pointing out that the old theory of a central "music center" in the brain has been dismissed in favor of a vast range of nerve types and disparate centers being responsible for processing music. He brings in all the big guns, both musicologists and musicians: Steven Mithen, Oliver Sacks, Steven Pinker, Sheila C. Woodward, Daniel Barenboim, Yoyo Ma, singer Bobby McFerrin, and even Brian Greene, the string theory physicist.

There has been a sharp rise in the study of music cognitive processing in the new millennium. Rather than dismissing it as purely for entertainment value—which is an exception in the world's history and cultures—a varied band of scientists are investigating how we process music, hoping to shed light on the brain's still considerable mysteries about how we think, learn, work and play.

The effects of music on health have actually been studied for longer than music cognition. Hospital recovery rooms are now offering live music, and for well-documented reasons. Increased levels of dopamine and serotonin, the neurotransmitters of pleasure and balanced brain function, have been consistently demonstrated while listening to music. It can relieve depression, improve the immune response and even have beneficial effect on reasoning ability. Most research has been conducted using classical music, but in most if not all cases, only transitory effects have been seen.

But as we can figure out from attending any live music event, there is so much more to it than that. The highs, the lows, the frissons, those moments when your skin shivers and you are momentarily transported to another emotional state when listening to your favorite artist—all are part of the experience. But not when listening to, say, a Lebanese traditional love song, unless, of course, you are Lebanese, and you grew up with it. Why is that?

With the development of new techniques such as fMRI (functional magnetic resonance imaging) and PET (positronic emission tomography) scanning, studies of how the brain functions in real-time have taken a quantum leap forward, some of them being applied to how music is processed. Sheila C. Woodward of USC has shown that fetuses in the womb begin responding to music at 17-19 weeks gestation and that they most strongly respond to consonant, not dissonant intervals: 3rds, 4ths, 5ths and octaves. She has also shown that babies cry in consonant intervals, regardless of cultural background. This appears to be hardwired in the human brain, although we can be conditioned to respond to dissonant frequencies as in the above quoted Lebanese love songs. Babies also respond most strongly to steady tempos. But after that, musically, we are a blank page until we learn the "cultural rules."

As to why we respond to these intervals across the board is a question that Levitin runs over quickly, and still begs an answer. Brian Greene points out a basic law of physics, everything on a molecular level vibrates at its own native frequency, and the stuff of which we are made is no exception. Why we are more suited to consonant frequencies may be a simple matter of biophysics, for example, 440 Hz may simply resonate more closely with our neuronal firing patterns than 415.305 or 466.164 Hz.

That isn't to say that there aren't some significant differences in the cultural rules. Japanese scales are based on a twelve-tone scale, not eight. Many cultures, such as Lebanon's, base their "happier" compositions on a minor scale. In a master class with pianist Dave Brubeck a few years ago, the attendees were reduced to tears when he played eight bars of a Japanese-based riff demonstrating the twelve-tone scale. How did he do that? We're culturally conditioned to respond to the minor key, and particularly to shifts from the major to the minor—it causes those frissons by surprising our cultural expectations as to where we think the music should go.

Levitin mentions the social component but does not expand on it, perhaps he should have. He does note that it has been demonstrated even in modern musicians that different parts of the brain get activated when performing alone or in groups, and with a side comment about the advantages that studying music instills, that the musician's brain is more "muscular" in the areas of the auditory, motor center and the corpus callosom, the band that connects the right and left halves, the intuitive, "big picture" and the analytical halves of the brain together. Flutes made of hollow bird bones and other musical instruments have been discovered in Northern Germany from the Ice Age; music has been an intrinsic part of our societies for at least 12,000-13,000 years. 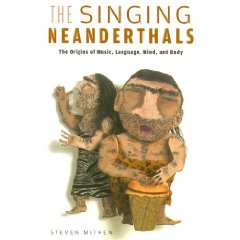 But what about my musical Alzheimer's patient? She demonstrated that her musical centers still persisted on a very sophisticated level, yet her speech center was already destroyed. Music is processed in many centers, some of them language-based, others not. Interestingly, work is being done with aphasic victims of stroke, showing that they have a much easier time transitioning back to speech by first singing what they wish to say. Oliver Sacks, also mentioned, has studied the pathologies of the brain that either delete or augment musical aptitude with the hope of better discerning how the brain is organized.

A question also covered by Levitin and brought up by Steven Pinker, an evolutionary psychologist in The Language Instinct, is whether music is adaptive. That is, an adaptation that serves survival, such as language, or exaptive, initially serving one function necessary for survival, but now serves another function that is superfluous. Pinker supports the latter theory, maybe he's right and maybe not. Steven Mithen, a musical archeologist from the UK and author of The Singing Neanderthals, proposes that music is adaptive and in a pretty obvious way, to augment sexual attraction. Perhaps we need to ask the average jazz musician if this is still true.

Be that as it may, Levitin asks the current question—is music hard-wired or a cultural construct, and what purpose does it serve? Is there more to why we love music than its use purely for survival purposes, or worse yet, does it have no purpose at all? That it goes way beyond "entertainment value" is obvious from the number of cultural studies conducted so far, and he dutifully concludes that it serves primarily a social function, to bind us together as a group—to give us identity. One generally doesn't need much convincing of this, all one has to do is attend a favorite live music event to see the evidence.

But a further question goes begging—if music has distinct health benefits in individuals, then are we such social creatures that we may need this effect on a regular basis as a group? Barbara Ehrenreich makes a case for group play—including music and dance—in her book, Dancing in the Streets: A Case for Collective Joy. She documents the increase of the diagnosis of depression in Western cultures and speculates, although with some interesting evidence behind her, that we need these group activities to stay emotionally healthy. Are we wired for these pastimes, and without them, are we starving this part of ourselves in the barrage of the information age?

I'll see Ehrenreich and Levitin's bid and raise them ten—there is also some interesting work being done at UCLA and Italy with "mirror neurons," also measured with fMRI and PET scanning. A decade ago, nerve centers were identified in macaque monkeys that are activated when a neighbor is rewarded in some manner as if they themselves were being rewarded, although they were not. These were named mirror neurons and further work has implicated that these are the organic basis of empathy-the ability to experience the emotions of another. This may be the reason why we get freaked out at horror films, or cry at chick flicks. It could also account for a group communicative effect while at play, such as listening to live music—those golden moments when we are all in sync.

Levitin very competently covers the research that is out there on the subject of music cognition in his documentary—but he doesn't go far enough. He postulates, as have many scientists, that music is necessary for group identity and social cohesion, but to go even farther, do we need it not only to bond socially, but to be healthy and happy?