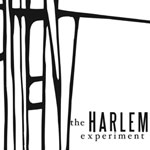 On the face of it, The Harlem Experiment sounds like a winner. A multi-generational, multi-cultural cast of A list players—including singer Taj Mahal, trumpeter Steven Bernstein, reed player Don Byron, drummer Steve Berrios and bassist Ruben Rodriguez—revisiting a dozen or so soul, funk, Latin, jazz and pop cuts with heavy New York associations, and with the project produced by Aaron Levinson for the hip Ropeadope label. The idea, a good one, was to mix up musicians and genres, in true New York "melting pot" style, and give each of the tracks a new spin while staying in touch with its original spirit.

With their vocal parts stripped out, as they mostly are, and all too few adventurous instrumental collisions replacing them, many of the tunes sound like immaculately played backing tracks waiting for the main event, reducing a line-up of innovative players to the status of anonymous session men.

"One For Malcolm," ostensibly a tribute to Malcolm X, is actually pretty offensive. Why choose to represent Malcolm X with excerpts from a speech he made while still in thrall to Elijah Muhammad and ignore the later, more visionary ones he made after he severed links with the man? The historical record is badly skewed. Check the early-1980s Tommy Boy 12-inch "By Any Means Necessary" for the real deal.

That track aside, The Harlem Experiment isn't a disaster, but it is, undeniably, a whole lot less than the sum of its parts.