Home » Jazz Articles » Matthew Shipp: The Art Of The Improviser

Matthew Shipp: The Art Of The Improviser

By Mark Corroto
February 20, 2011
Sign in to view read count 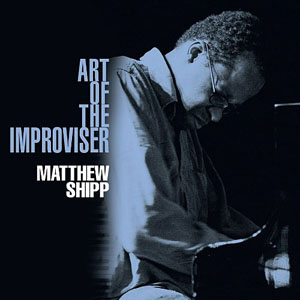 By now, critical listeners have formed an opinion about the music of pianist Matthew Shipp. Like his musical predecessors Cecil Taylor and Thelonious Monk, Shipp is an uncompromising voice that tends to force listeners to queue up in line, either for him or against him. With the release of The Art Of The Improviser, he has essentially summed up his first fifty years on two CDs of resolute and committed music.

Like his previous 4D (Thirsty Ear, 2010), Shipp presents a solo recording of original compositions and one standard ("Fly Me To The Moon"), but this time adds a second disc with his new trio (since 2009), featuring bassist Michael Bisio and drummer Whit Dickey.

The first disc presents Shipp's trio, recorded live in Troy, NY in April, 2010. The five lengthy tracks act as a summation of his career so far, pulling music from previous releases as far back as Critical Mass (213CD, 1995) and The Multiplication Table (hatOLOGY, 1997), some of which he reworked on the more recent Harmony And Abyss (Thirsty Ear, 2004). Shipp often works with big themes; here he commands a steady swinging groove on "The New Fact," while trickling his two-handed improvisational explorations. By returning to the theme, he allows the audience to follow his logic. Likewise when he takes on a monument like "Take The 'A' Train," his dissection is not unlike a DJ's collage of sounds, where snatches of the familiar melody flash by, as if trying to read graffiti on a passing boxcar. The trio also pursues his early classic composition, "Circular Temple," with a reverence for the open chamber free piece, plotting a persistent course of freedom with as much confidence as the younger Shipp demonstrated when he first recorded it.

The solo CD delivers some very inspired music-making, a reminder that the language Shipp he has invented can be subtle and achingly beautiful ("4D") or dense and very dark ("Wholetone"). "Wholetone" progresses as if Shipp is juggling disparate objects: his left hand, pounding dense chords; his right, gamboling. This yin and yang approach makes for a dynamic sound, and showcases Shipp's passion for the music. Tracks such as "Gamma Ray" play with a recurring theme, not unlike a show tune, tethering his explorations of freedom with melody.

Regardless of the approach, Shipp's playing—with or without a net—will be detested by detractors and praised by advocates, making The Art of the Improviser one of his best performances on disc.