BY JAKOB BAEKGAARD
February 5, 2015
Sign in to view read count
The guitar is an instrument that continues to inspire musicians around the world and since early pioneers like Django Reinhardt and Charlie Christian showed the endless possibilities of the instrument, the guitar has also been an important part of the evolution of jazz. One can certainly speak of a genre called jazz guitar, with characteristic chord shapes and patterns, but the thing that is noticeable about many of the new jazz guitarists is that they break away from standards and a traditional interpretation of the instrument. Instead, they find new inspiration from genres outside while staying true to the idea that jazz is the art of improvisation. 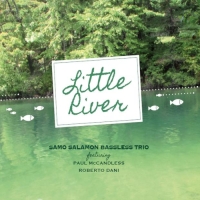 Slovenian guitarist Samo Salamon is not only one of the most talented, but also one of the most prolific guitarists on the international jazz scene. Fortunately, quantity and quality go hand in hand with Salamon who returns to a familiar format on the album Little River.

Here, he is once again exploring the bass-less trio-format with the brilliant drummer Roberto Dani and woodwind player Paul McCandless, known from the group Oregon. McCandless brings a lyrical delicacy and airy, singing sound to Salamon's melodic and varied compositions and his playing on instruments like soprano saxophone, oboe and bass clarinet adds nuances and texture to the overall sound.

Salamon also shows himself as a versatile player. He can play with thick, distorted chords on "Blown Away" and sweet echoing sensitivity on "Remy." At this point, he has developed his very own style and with each record, he adds and peels away new layers of his sound. He is like a painter that explores new instrumental colors and revisits familiar motifs and Little River is yet another worthy addition in his expanding oeuvre. 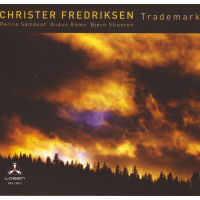 Norwegian guitarist Christer Fredriksen's album Trademark starts with an intimate acoustic sketch before moving into the rollicking groove "The Girl and the Stick" where bassist Audun Ramo and drummer Bjørn Stiauren enter with great effect. The tension between quiet contemplation and a more energetic feeling is characteristic of the album that moves in many stylistic directions while still being unified by the sound of Fredriksen's guitar that is colored by a bluesy yet modern jazz feeling with a sophisticated exploration of texture reminiscent of fellow guitarist Bill Frisell .

Saxophonist Perico Sambeat adds some Spanish spice on four tracks, among them "The Jerk" where his lucid lines shines like fireflies in the dark. Another Spaniard, Dani Castelar, also has an important role. Castelar is the engineer and has captured an organic sound full of warmth in Odd Gjelsnes' Studio Barxeta. The album is another excellent production from Losen Records where Christer Frederiksen's love of roots music once again shines through, but this is not traditional music, but modern jazz with a twist and there are traces of many genres in the music. 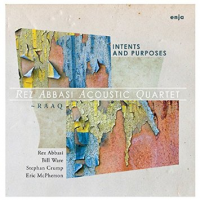 Back in the '70s, one of the things that happened with jazz was that it became influenced by rock music. This resulted in a new genre called fusion, or jazz-rock, and it is exactly this genre that is examined and revitalized on guitarist Rez Abbasi's album Intents and Purposes. However, there is one important catch. The classic fusion pieces by the likes of drummer Billy Cobham, pianist Herbie Hancock and guitarist John McLaughlin are played in an acoustic setting. Now, this is indeed a bold idea. If there is one aspect of jazz-rock that is important, it is electricity. It lies in the name: jazz-rock.

If electricity is such a vital part of the genre, one might ask what happens when it is replaced by an acoustic approach. In other words, how does a pumpkin pie taste when the pumpkin is gone? In this case, it tastes exceptionally good. Anyone who is in doubt about the experiment ought to be convinced by the opener, a wonderful interpretation of Joe Zawinul's classic fusion composition "Black Market." It starts with bassist Stephan Crump introducing the groove, with Eric McPherson's subtle drums underneath. Then he starts to swing and Rez Abbasi fleshes out a beautiful web of melodies with Bill Ware's vibraphone adding extra ambiance.

Through the mastery of these four musicians, the melodic grandeur of some of the greatest compositions of fusion is revealed. The album is a journey where the music is taken out of its original context and rediscovered. 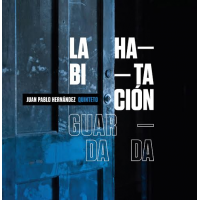 Exciting things are happening at the moment on the Argentinian jazz scene where two Buenos Aires-based labels are releasing high quality jazz: RivoRecords and Kuai Music. Pianist Ernesto Jodos has his own excellent release on RivoRecords: Light Blue, but he also turns up as a sideman on guitarist Juan Pablo Hernández' album La Habitación Guardada.

"Glosa" opens with Hernández who introduces a melodic figure that is complemented by pianist Jodos and saxophonist Rodrigo Domínguez while bassist Carlos Álvarez and Martín Lambert build up a groove. There is clearly a modern vibe about the music that is sophisticated in terms of melody, harmony and rhythm, but, at the same time, there is also unity and directness at work. This truly feels like a group playing and not a bunch of soloists. While Hernández is certainly capable of playing a good solo and is a master of his instrument, focus is on the development of the compositions where rhythmical changes, melodic motifs and exploration of texture is the key to understanding what is going on.

Each composition is simply a little journey, a narrative that unfolds in a specific direction. For instance, Jodos paints with elegiciac deep blue colors on his introduction to "Paraná Y El Río" and creates a little story before the breezy saxophone of Domínguez and the flowing lines of Hernández' softly echoing guitar open things up.

With La Habitación Guardada, Hernández and the group have created their very own language that is both modern and accessible. It is a poetic and melodic album with rhythmic drive. A musical garden that grows organically out of the imagination.