Bill Ware III born William Anthony Ware III (East Orange, New Jersey) is an jazz vibraphonist. Ware played bass and piano early in his career, playing at the Harlem Jazzmobile. After spending several years playing Latin jazz, he formed his own Latin Jazz group, AM Sleep. He joined the Jazz Passengers in 1987, and in 1990 put together a group of sidemen as the Club Bird All-Stars, who accompanied him on a tour of Japan.[1] Alongside this, he played with Groove Collective and Steely Dan in the first half of the 1990s. Later in the decade he teamed up with fellow former Jazz Passengers, Brad Jones and E

The Cry of Jay Rodriguez

On an unseasonably warm February evening I set out from Brooklyn to catch the multi-instrumentalist Jay Rodriguez's band at Le Poisson Rouge. While walking from the West 4th Street subway station to the venue on Bleecker Street I recalled taking this exact route over 30 years ago to play a jam session in the ...

Microscopic Septet: Been Up So Long It Looks Like Down to Me, Jazz Passengers: Still Life with Troube, Papanosh: Chicken in a Bottle 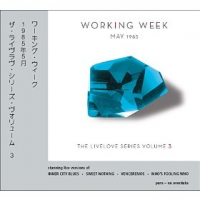 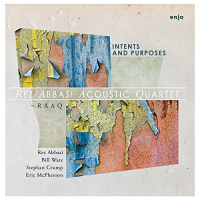 The guitar is an instrument that continues to inspire musicians around the world and since early pioneers like Django Reinhardt and Charlie Christian showed the endless possibilities of the instrument, the guitar has also been an important part of the evolution of jazz. One can certainly speak of a genre called jazz guitar, with characteristic chord ...

7
Article: Jazz Near Me

Once through pastoral Medford Village in Burlington County, NJ, you arrive at Medford Lakes, a community of period log cabins under towering pine trees just off Stokes, the main road. In this onetime lakeside resort, hand-hewn from local wood, beckons a big cabin called Cathedral of the Woods. Russell Quigliata, who managed Cecil Payne until the ...