Take Five With the Anansi Trio 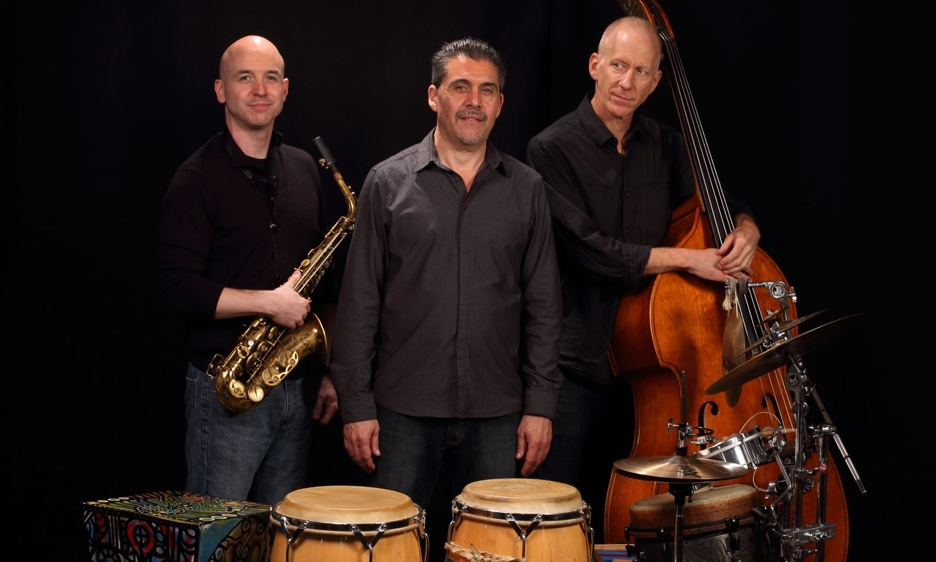 By Mark Merella
March 7, 2018
Sign in to view read count
About Anansi Trio

We are a group of like-minded musicians drawing from a wide range of musical influences. Using the language of jazz as our starting point, we use elements of Afro-Cuban and Indian music as well as other global traditions. With a diverse rhythmic approach and a focus on improvisation, we hope to put our own stamp on the American legacy known as Jazz.

We're influenced by many of the jazz masters including John Coltrane, Thelonious Monk and Wayne Shorter and also artists more associated with the avant-garde like Arthur Blythe and Ornette Coleman. World music is definitely in the mix with artists like Hamza El Din and Zakir Hussain, and Miles Davis for his constant reaching for new sounds and styles.

We like the stripped down sound of the sax, bass and drums trio. It has the loft jazz vibe but also the more folkloric sound you get without the chordal accompaniment.

Since we're working with the trio format we could see maybe adding a guest artist on a gig or maybe in the studio. An oud player could add a nice touch or a guitarist that uses lots of colors.

D.C. has a strong jazz scene and there's a good number of clubs in town including Twins and Alice's Jazz and Cultural Society. The Atlas Theater is a nice venue acoustically and the Phillips Collection has a nice staff and monthly jazz series.

Since we just released our debut CD it would have to be that, On The Path.

We're trying to create a unique ensemble sound. The chordless trio has been done quite a bit, but with the congas and other percussion we have a different sound than say an Elvin Jones trio. We love Elvin, Sonny Rollins and what other groups have done with the trio format and hopefully we're adding to that legacy.

The Anansi Trio has its origins in the band Mosaic. Along with pianist Ned Judy and David Font-Navarette on percussion, the members of Anansi recorded two albums as Mosaic: Unsaid, Undone and Live At Sangha.

There seem to be two camps. Those that are dedicated to playing jazz as a repertory music and those that are looking toward the future. It's important to understand and incorporate elements of the tradition but if an art form is to continue to stay valid it has to keep reinventing itself.

There are lots of folks putting out great, creative music. Jazz is alive and well. To keep it growing, more venues would be helpful and music and arts education is important to keep any culture thriving.

We just released our debut CD so we'll be playing venues in D.C. and Baltimore to support it. Hopefully we'll do some other East Coast gigs if we get the opportunity. We're also rehearsing and working on new music to keep things fresh and record in the future.

Mark Merella is a drummer/percussionist based in Takoma Park, Md.