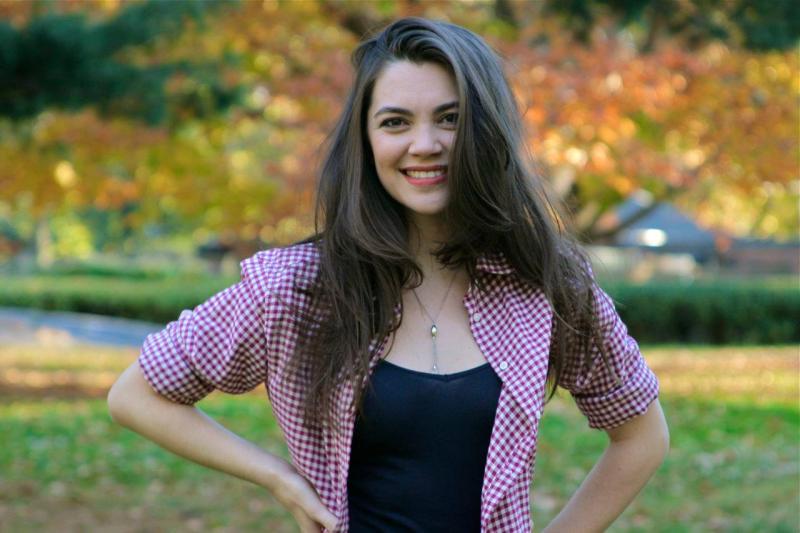 By Tamara Usatova
October 24, 2015
Sign in to view read count
About Tamara Usatova:
Tamara Usatova is a Russian Soul/Pop singer and songwriter based in New York. Tamara was always inspired by classic American soul, pop and jazz and the blend of these styles lies at the core of her original music. Tamara's Russian background still shines -not through the accent, which disappears completely when she sings, but through the melodic richness and passionate musical expression. She began her career back in Russia at age 15, first as the singer of the local jazz band Alef in her hometown Kerch, then in Saint-Petersburg and Moscow—as the lead vocalist of the well established GR Club band. After winning a scholarship to Berklee College of Music, Tamara decided to continue her professional music career in the US. Since then, she not only had the opportunity to work with Stevie Wonder musicians Ryan Kilgore, Darryl Munyungo Jackson and Gigi Gonaway, but she also shared the stage with Kelly Clarkson, Nick Jonas, Ricky Martin, Justin Bieber and others at Billboard Hot 100 Music Festival and 106.1 BLI Summer Jam -among others -as a part of Justin Baron Band. Besides that, Tamara just finished her, as she calls it, "fun project"—the release of her self- composed jazz album Composer's Ventures, recorded and mixed by Magic Shop and Dig It Audio studio engineer Jacopo Penzo. Now Tamara Usatova is working on her soul/pop EP Believer, which will be released this year.

Teachers and/or influences?
My very first inspiration was Queen, Freddie Mercury in particular, who I first heard, when I was 6. I learned all of the songs that I had access to, not even knowing English. Maybe that is why everybody says that my Russian accent disappears completely when I sing. I had a really good first teacher. The second influence that had a huge impact on me and literally changed my life was Whitney Houston, who I first saw and heard in The movie The Bodyguard. When I heard her voice (I was 10), I clearly understood what I wanted in life -to have an impeccable voice that is able to touch people's hearts they way Whitney Houston's did. The next landmark event for me was getting introduced to Celine Dion's voice through the movie Titanic (what a 90s child!). I fell deeply in love with her music, and until now she is my favorite singer. I attribute to her my ability to do runs and melismas. I should also mention Stevie Wonder, Sting and MANY jazz singers such as Ella Fitzgerald, Sarah Vaughan, Jane Monheit, Nat King Cole, Bing Crosby. All these artists had a huge influence not only on my singing but songwriting too.

Your sound and approach to music:
What I always aspired to is to have the technical ability to convey any emotion I wanted. I think the more skills, different vocal techniques you have, the richer a musician you are. I keep working on this constantly. I always liked powerful, passionate voices with a wide range and that is what I am aiming to. Composing is a very personal process for me, as it probably is for anyone else. I can't write about something that is not close to my heart. My music always reflects my state of mind. I always found it easy to express myself through instrumental jazz music. This resulted in the composition of the tunes that make up my jazz album "Composer's ventures." On the other hand, vocal soul/rnb/pop music is what really touches my heart and my main focus on songwriting. You will be able to hear it in my upcoming EP Believer. Stylistically I find it easier to express myself through instrumental jazz music—hence the release of my jazz album "Composer's Ventures" even before my main soul/rnb EP project. But paradoxically enough, vocal soul/rnb/pop music is what really touches my heart. That is why soul/rnb is my main focus in songwriting, which you will be able to hear in my Believer EP.

Your teaching approach:
I started teaching relatively recently -and I absolutely love it. Children are such pure, innocent creatures that can teach us a lot. I am very attentive to their personality and my approach changes depending on that. Some require a little boost of confidence, others—to spark the interest, and almost all—discipline. Learning should be fun, still it requires quite a lot of work, and children should get used to it early on, especially when it helps to create something beautiful like music. That is what I teach my students.

Your dream band:
The ideal band for me is the one that makes you better with their musicianship, that pushes you forward, supports your creativity and makes you feel comfortable in your own skin. I like to be inspiring for other people myself and value the same quality in others. I think that is a big part of a musician's success. Besides that, they should be professionals in the way they treat the job, well organized and hard-working. I am lucky enough to know and have played with such musicians many times.

Favorite venue:
I performed at Jones Beach Theater with Justin Baron Band at Billboard Hot 100 Festival and BLI Summer Jam Festival, and it was definitely the best venue. Aside from the fact that we performed on one stage with Kelly Clarkson, Ricky Martin, Tori Kelly, Justin Bieber and many others, the audience was great, the band had a an amazing energy on stage and it was unforgettable -to perform in front of 16'000 people singing the band's songs along with you.

Your favorite recording in your discography and why?
In one of the hardest moments of my life, being deeply depressed, back in Russia, I wrote my first song. It is called "Despair." Now, when I hear the recording of this song, it brings a lot of memories and evokes true emotions in me. Funny enough, the second title of the song is "Believer." So, I hope it will help some of the listeners to overcome their despair one day and believe that life goes on no matter what. By the way, "Despair" will be released on my EP album this year. For more details, check my website. The first jazz album I bought was: I was born in Soviet Union and grew up in a small Russian town with not much access to American music, especially jazz. I am grateful to my voice teacher for giving me a few jazz standards to learn and then introduced me to the only jazz band in town. I became their lead singer and that is how I discovered all the jazz standards that I love till now. I found a few music books with famous jazz standards collections and learned them on my own on the piano. wanting to hear how old jazz singers sang these songs, I bought the album The Best of Sarah Vaughan, which became my encyclopedia of jazz singing.

What do you think is the most important thing you are contributing musically?
Honesty, it is staying true to myself and reflecting it in my original compositions, the hope to help others go through good and bad times with my music, because that is what other artists' music has always done for me.

Did you know...
I love singing opera, knit and cross-stitch, and bake.

What are some of the essential requirements to keep jazz alive and growing?
To keep jazz alive we need to create more current music, remember about the feeling rather than technical skills, which many jazz musicians tend to forget sometimes; make it more interactive.

What is in the near future?
I just released my jazz album Composer's Ventures, recorded and mastered by Magic Shop and Dig it Studio engineer Jacopo Penzo. Now I am preparing my soul/rnb EP which I plan to release this year together with the music video for the single "Stay with Me." I also have quite a few concerts coming up with Justin Baron Band and New York Holiday Choristers. More details will be on my website.

What's your greatest fear when you perform?
I used to be terrified of performing on stage. My friends would literally push me out there. But I realized soon enough that practice and experience help to overcome fear. Now I can control anxiety pretty well, but the fear I still have is to forget the lyrics of a song. That is something I can't control.

What song would you like played at your funeral?
"For All We Know," either Lalah Hathaway and Joe Sample's or Donny Hathaway's version. You JUST have to listen to this song.

If I weren't a jazz musician, I would be a:
There are so many things I would like to do, like writing a book, creating a start- up company, being an interpreter, teaching music, opening a vegan bakery/restaurant/cafe. The possibilities are endless. But I like to be a musician the most.