BY SARAH MONTES
November 20, 2011
Sign in to view read count 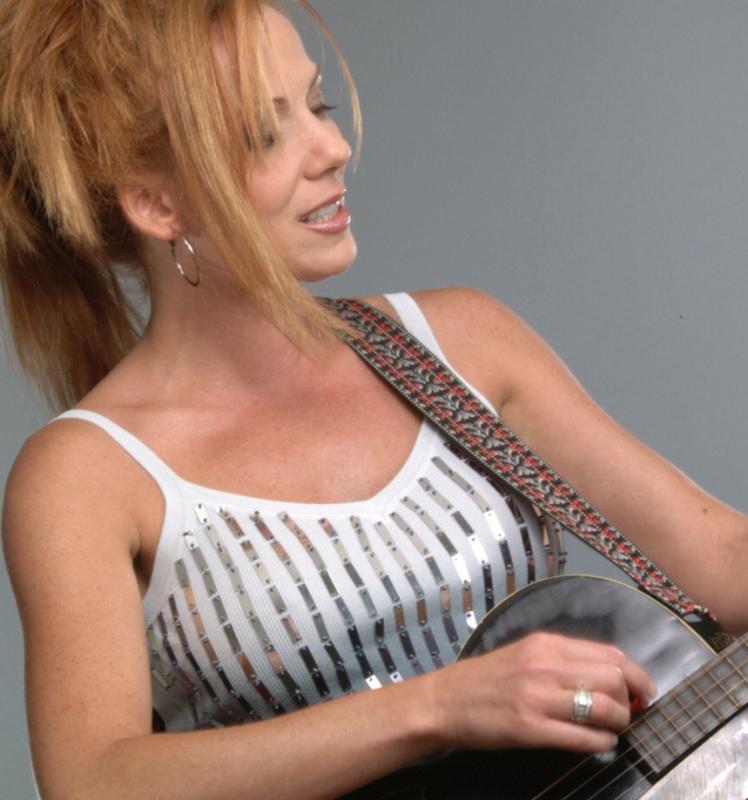 Meet Sarah Montes:
Sarah grew up with very diverse musical influences. Her mother, a professional ballet dancer, had the family record player continually spinning with Beethoven, Mozart, Tchaikovsky and various Broadway musicals. And when the records stopped, her father played flamenco guitar; singing in syncopated rhythms that inspired Sarah's musical soul. And it was that background that gave Sarah the foundation for her musical dreams.

With over 3,000 performances in 52 cities around the world to her credit, Sarah is truly at home onstage. Her sassy, playful attitude combined with her natural ease and sincere passion for music creates an emotionally charged and captivating experience with the audience.

Sarah has toured with a variety of show bands including her own band throughout the United States performing at corporate engagements, U. S. Military events and 27 of Las Vegas' finest showrooms. Over the years, Sarah has performed live with numerous well-known artists such as the Jordanaires, the Guy Lombardo Orchestra, The Lettermen, Debbie Reynolds, Jerry Lewis, Wayne Newton and Porter Wagner.

Teachers and/or influences?
Every record my parents had—Broadway musicals, Andy Williams, flamenco, and opera to everything that AM radio use to play—John Denver, Petula Clark, Tom Jones, Crystal Gail, The Carpenters, Diana Ross; I couldn't get enough.

I knew I wanted to be a musician when...
I attended a Latin party with my parents at the age of five and was completely captivated and mesmerized by the rhythms, singers, musicians and flamenco dancers that were performing—I had never seen anything so intense and inspiring.

Your teaching approach:
I usually write from personal experience or from observing all the intriguingly colorful characters that decorate my world—it's all about stirring an emotion and connecting with the audience.

Road story: Your best or worst experience:
The most beautiful emotional moment of my career was performing for military personal that were being deployed to Kuwait. Here were these wonderful young men and women that were willing to leave their family and homes on behalf of all of us, and when we closed the show with "The Star Spangled Banner" in their honor, they sang every single word. I cannot begin to express the emotional spirit that was shared in those few moments of a song that united us all; but there wasn't a dry eye in the entire building.

Interestingly enough, two nights later, while performing in a casino night club in Laughlin, Nevada, we played "The Star Spangled Banner" and dedicated it to our troops. The audience lit lighters and cheered, but midway through the dedication, the entertainment director fired us off the stage, which made the audience extremely angry and a riot broke out—go figure...

Your favorite recording in your discography and why?
I Have A Passion For The Old Fashion, it takes me back to my childhood and spending hours with my parents watching Broadway musical on our little black and white TV and singing along. After all, "wouldn't it be loverly" to perform on Broadway—New York, not Nashville.

The first Jazz album I bought was:
Louis Armstrong, What a Wonderful World.

What do you think is the most important thing you are contributing musically?
It is always my hope that when someone listens to the music I write, that they can emotional connect and relate to the song on multiple levels and perhaps it will make their world a little brighter or put a smile on their face.

What is in the near future?
Two singles our scheduled for release in April and July of 2012; a full band recording of "Ba Du Ba Da Baby" and a new song, "A Little," both written by myself and Lisa Webb.

If I weren't a jazz musician, I would be a:
I can't see myself as anything else— well alright; maybe Aphrodite, in another life...