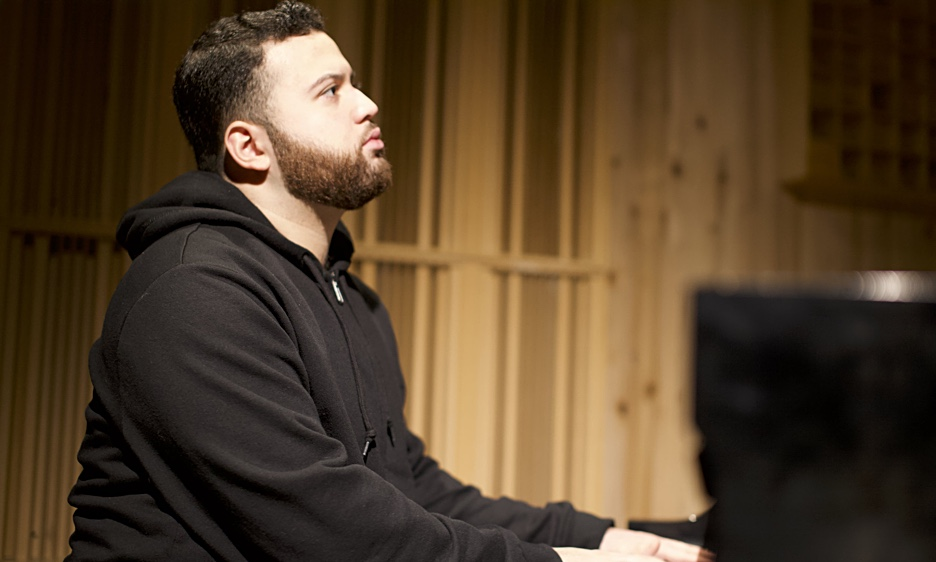 BY MARCIO GARCIA
April 10, 2019
Sign in to view read count
About Marcio Garcia

Marcio Garcia is a Dominican pianist, composer and educator. From a very young age Marcio showed passion for music and began formal studies in classical piano at age seven in his hometown Santo Domingo.

After finishing high school and early musical studies in the Dominican Republic, Garcia went to the United States to continue his studies at the Lamont School of Music, University of Denver, where he completed a BM in classical piano performance and MM in jazz performance. Garcia also studied classical piano in Vienna, Austria as part of the Cherrington Global Scholars Program. In 2015 Garcia moved to New York to pursue an Artist Diploma in Jazz Studies at the SUNY Purchase Conservatory of Music.

I've had the opportunity to study with pianist Eric Gunnison, who worked with Carmen McRae between '86-91. I also met pianist Taylor Eigsti while he was on tour in Colorado and I was finishing my undergraduate degree in classical piano. Taylor has a very unique approach to music, and I've been going back to him as a source of information ever since. I've also been very lucky to study with David Hazeltine, Kevin Hays, Eldar Djangirov and Andy LaVerne.

I started playing by ear from a very young age; I naturally gravitated towards creating sounds. I wasn't thinking of it as a career, but rather as something very natural that I just had to do, and I still approach it the same way.

I'm strongly influenced by Impressionism and French composers Maurice Ravel and Claude Debussy. I believe the acoustic piano has a unique ability to convey and stimulate emotions in a way that no other instrument can. My approach is to always be true to the intention of the music, regardless of judgment or where the performance might take place.

I love teaching! I currently have a pretty packed studio of private students in New York City and am a firm believer in both inspiration and habit. Inspiration in terms of naturally gravitating towards exploring sounds and being curious about them: this is then combined with habit, which helps in developing self-discipline. I always try to make the student's musical inclinations a priority, as it always keeps them engaged and eliminates this idea of practicing as some sort of chore.

I had an awesome experience working with DEVO's co-founder Mark Mothersbaugh in Denver, Colorado. I was part of a six-pianist ensemble that played this crazy six-sided organ that Mark designed for several performances throughout Denver as part of his "Myopia" art exhibit. It was an awesome experience and the other pianists involved in the project are very good friends of mine, so we had a big sense of community and appreciation for each other: there are a few videos and press information on YouTube and Colorado Public Radio online if anyone wants to check the performances out. We even played some of the music from The Life Aquatic with Steve Zissou, as Mark composed the music for that movie and a few other Wes Anderson films.

I'm hoping my latest record, Forest motivates pianists and composers to explore new musical directions when expressing their ideas and helps them get away from a self-centered approach to composition and performance.

It needs to keep evolving! "Alive" and "growing" equates to forward movement, not backpedaling.

Taking my new production, Forest to as many audiences as possible!

Overthinking. When you're inside your head and you forget what the intention of the music is, it can distract you from a successful performance. You have to really trust the work you've put in so that you can let go of the ego and convey ideas clearly.

Still an artist, but would channel ideas through another medium, perhaps film.

As we rely on technology more and more, we tend to forget the importance of the role of the artist in society. Through music, I am doing my best to remind people that we have feelings: machines can't connect with people the way artists can. Music has a way of finding its way into our innermost self to help us align our personal discrepancies.

Music doesn't have to be an indulgence, or a luxurious product: it's an essential communication tool for human survival. Music helps our hearts understand things when our minds can't, so I strive to create awareness that artists can be as powerful as doctors; we are healers of the soul.