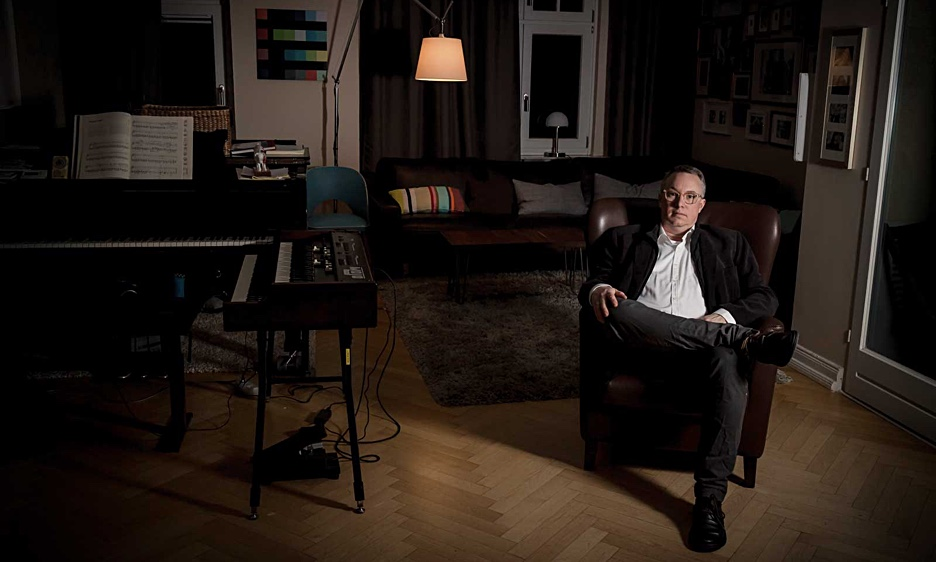 BY FLORIAN ROSS
February 6, 2019
Sign in to view read count
About Florian Ross:

Born in 1972, Florian studied piano and composition in Cologne, London and New York. Since 1998 he has released 18 albums featuring both small and large ensembles and written over 350 commissioned compositions and arrangements for large jazz ensembles. He received the prestigious Thad Jones Composition Competition Award in 2000 and the WDR Jazz Composition prize in 2006. His commissioned works include pieces for the German NDR and WDR big bands, the Netherlands Metropole Orchestra, the BBC Big Band, the Danish Radio Jazz Orchestra, RTE Irish Radio Orchestra, and Sydney Mothership Jazz Orchestra and artists including David Liebman, John Scofield, George Duke and Gary Burton. In addition to writing and touring, Ross teaches piano and composition at the Hochschule fur Musik und Tanz in Cologne as well as the Jazz Institute Berlin.

...no other idea what to do with my life really made sense.

"If it sounds good, it is good" I am all about sound, clarity, intent and storytelling. I only like music that is more than the sum of its parts—I try to achieve this in my own playing and writing as well.

I like to be a guide. Someone students can ask for help and guidance when they have questions about almost anything (musical). I expect students to think and ask questions. Someone who doesn't ask won't get answers.

I like to place musicians outside their comfort zone. I feel like that way they can really improvise and excel. Musicians usually sound different when they play my music.

I played a serious Quintet gig in a big hall in Kolkata, India on a Casio Keyboard—that was fun.

Seasons & Places My very first album from 1998. It got me started.

I try to be thoughtful about all parameters of music when I play or write. I think rhythm, melody, harmony, color, drama, story are equally important in music and I try to respect that. I like to be connected to the past, present and future simultaneously. By consciously avoiding trends and fashions I hope that my music can remain a valid piece of an ever-evolving, big puzzle.

...that I have four daughters, a wife, and two dogs.

Lot's of hidden good stuff that shouldn't be hidden.

Being supported like any other "serious" art. Not being part of the "market" in a purely neo-liberal sense.

In June/July I am planning another large ensemble experiment. This time it will be music for eight wind instruments (Flutes, Oboe, Basson, Clarinets, etc.) plus piano trio.

Being distracted by stuff that has nothing to do with the music.

I have recurring earworms, but I never know where they come from. Often times it's music I am arranging. At the moment this would be "Black Harvest" by Marquis Hill.

Johann Sebastian Bach. I would ask him if he'd allow me to watch when he composes.

How can we make democracies better?

I don't know, but it's about time.