Michael Abene is a composer, arranger, keyboard player and record producer and as of 2004 was Musical Director-Principal Arranger/Composer of the WDR Radio Big Band of Cologne, Germany considered by many one of the great big bands in Europe. In November, 2011 Michael accepted the position of Professor of Ensemble Conducting at the KUG Jazz Institute in Graz, Austria. Michael also served as the Associate Music Director of the BMI Jazz Composers Workshop and an Associate Professor of Jazz Composition at Manhattan School of Music.

abene bioTwo works of Michael’s were premiered during the summer of 2000; a piece he arranged for the Metropole Jazz Orchestra for seven trombones in which each trombonist contributed an original and Michael composed opening and connecting sections allowing the piece to be played as a suite. This composition was performed at the International Trombone Festival in Utrecht, The Netherlands. The second composition was an original work commissioned by The Mancini Institute and written for bass trombonist Dave Taylor entitled “Heritage: New/Old and Then Some” and performed by The Mancini Institute Big Band and orchestra. This work has also been performed by the Manhattan School of Music Jazz Orchestra and in 2004 by the Amsterdam Conservatory Orchestra and Big Band. Two new compositions by Michael performed in 2003 were “Odyssey for Brass,” commissioned and performed by the Metropole Jazz orchestra and “Fragmentations” performed by the Slovenian Symphony and Radio Big Band. Michael composed a piece for the WDR Big Band to feature the clarinet artistry of Paquito D’Rivera entitled “PFP” (Piece for Paquito) which was premiered at the 2006 IAJE Convention and has since been re-orchestrated to include symphony orchestra. He is currently preparing a number of composing commissions for both big band and orchestra.

Recent recording projects; Michael arranged (Grammy Nomination), produced and conducted the music for singer Patti Austin’s 2008 Grammy winning CD entitled “Avant Gershwin”, celebrating the music of George and Ira Gershwin; arranged (Grammy nomination) and conducted the Grammy nominated Joe Lovano CD “Symphonnica which featured the WDR Big Band and Rundfunk Orchestra and conducting and arranging for the French guitarist Bireli Lagrene entitled “Djangology” celebrating the music of Django Reinhardt and a completed European tour that Michael arranged and conducted for the Funkmaster Maceo Parker which became a highly successful CD entitled “Roots and Grooves” plus another recording with Maceo, “Soul Classics”. A recently released CD that Michael arranged and conducted titled “Van’s Joint” featuring saxophonist Bill Evans, drummer Dave Weckl and bassist Mark Egan. All of these recent projects are with the wonderful WDR Big Band of Cologne, Germany. Michael Abene pianoRecently completed projects featured Gary Burton, Randy Brecker; Patti Austin; and guitarist Mike Stern with Dave Weckl and bassist Tom Kennedy. Among additional recent projects Michael has arranged are: a Jazz Tango Project featuring Gary Burton, Javier Girotto on soprano saxophone and Marcelo Nissenman on bondoneon, a program dedicated to the music of Charles Mingus, Kurt Elling, John Scofield, Bill Evans, Lee Konitz, Maceo Parker; “The Bone Breakers” with Wycliffe Gordan and Nils Wogram. Some up-coming projects include Randy Brecker and Chris Potter; and Tom Harrell. Conducting and arranging for the WDR Rundfunkorkestra Köln; The Metropole Jazz Orchestra and The RTV Radio Big Band of Ljubljana, Slovenia are also on Michael’s agenda. He also has a number of composition students both in Germany and the US and continues to appear at workshops both in Europe and the US.

The newly released “Jazz Composition and Arranging In the Digital Age”, by Richard Sussman and Michael Abene is published by Oxford University Press and is considered an excellent addition to the individual library for self education and as a textbook for formal study. Show less

Judi Silvano with the Michael Abene Sextet March 21 at the Jazz... 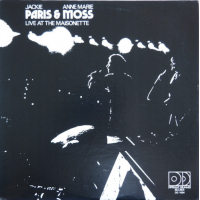 Live At The Maisonette 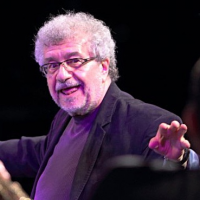 All About Jazz musician pages are maintained by musicians, publicists and trusted members like you. Interested? Tell us why you would like to improve the Michael Abene musician page.