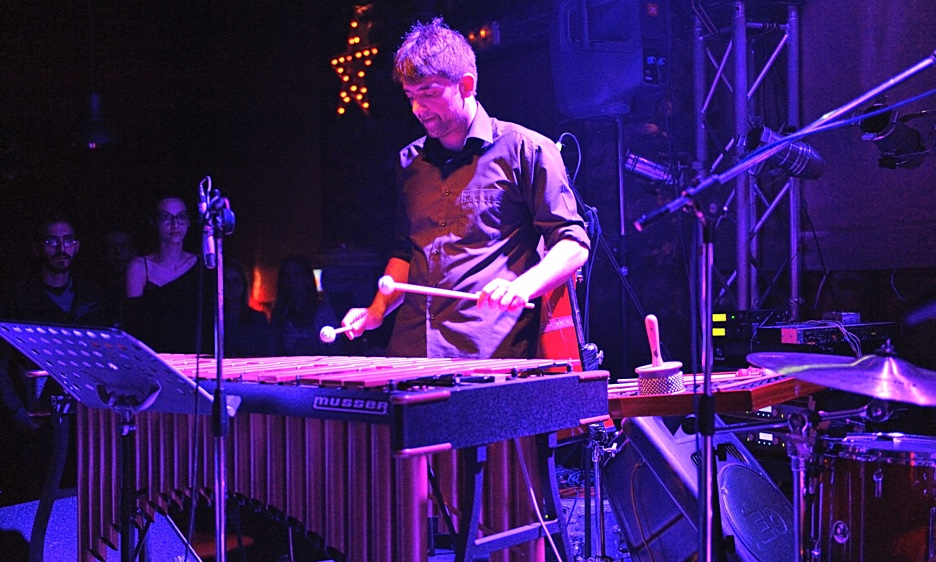 BY CHRISTOS SITOKONSTANTINOU
August 29, 2020
Sign in to view read count

Christos Delasito is a classical percussionist. Christos has been an orchestral member for many years (Thessaloniki State Orchestra, Symphonic Orchestra of the Municipality of Thessaloniki, Volos Symphonic Orchestra) performing numerous concerts in Athens Megaron, Thessaloniki Megaron and many festivals all around Greece. He is a founding member of many percussion bands (Percaddiction, Kroustodia, ΣΩΘ Percussion Quartet) and the ska-reggae lifetime project Band Fatale, while at the same time he engaged in various other ensembles (Anatolika Zitimata, Mr Pulse). He has composed original score for many theatrical and contemporary dance performances. He formed Delasito project, which acts as his main vehicle of artistic expression. Guided by the special and atmospheric sound of the vibraphone, Delasito project have developed a lively repertoire of original compositions based on influences from the jazz/ funk scene as well as classical music and free improvisation. In June of '20 they released the first album with original compositions Filodia.

Kostas Hanis, my teacher in classical percussion, influenced me deeply in the approach of the music. Ι love the work of Ney Rosauro and Emmanuel Séjourné for classical percussion instruments and of course I admire jazz vibraphone composers such as Gary Burton, Johnny Lytle and Cal Tjader.

I got my diploma in classical percussion.

I love the enchanting sound of vibraphone and I want to reveal all its melodic range. I also like polyrythmics and "tricky" measures.

I want to make them to understand tha music is a way to express their feeilngs,to develop interesting skills, to learn to cooperate with others. I try to combine classical with modern educational methods.

In the K.O.TH. Underground Festival in Thessaloniki. In 30 minutes we had to be ready the Delasito project band, 14 body percussionists and seven dancers for our show. We succeeded and we had a great gig!

Keith Jarrett: The Koln Concert. The definition of "music to my ears"

Jazz is like a living organism. Always in a continuous evolution without limits.

As all the musicians in the world, I am waiting for the end of the Covid crisis so I could go on a tour for my debut album Filodia. Can't wait for playing again live in front of audience. I miss the the energy and all the emotions of a live show.

Very interesting question. Goran Bregovic "In the Death Car" with the voice of Iggy Pop.

Haha! I never sing in the bathroom but I am trying and checking grooves for my new compositions!

I would love to have dinner with George Gershwin. A genius composer who combined classical and jazz music. Photo courtesy Christos Delasito