The Silence of the Broken Lute 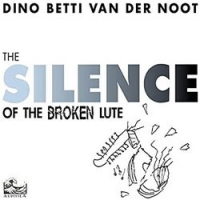 This week's spotlight is clearly on the great bassist, composer, multi-instrumentalist & culture maker, William Parker. His 10-CD box set is almost overwhelming in its scope and originality. You'll hear a sampling from three of the CDs, plus a track from a new recording with his partner, Patricia Nicholson. We check out new discs from Montreal's ...

Emanuele Passerini, Jon Irabagon, Sylvain Rifflet and The Warriors Of The Wonderful Sound

Italian soprano saxophonist Emanuele Passerini says he does not consider himself a professional musician. He has a great job in the private sector, so he records only sporadically. Well, good thing he found the time to record Trio Geometrics with drummer Tiziano Tononi and bassist Tito Mangialajo Rantzer. It's a spectacular album, and a feature of ...

There's so much amazing material penned by Stevie Wonder, so here we go again with the third part of our birthday special. After a dive in renditions from the '70s during part one and two, here we mix things up with a combination of contemporary stunners, like the unique take of Alicia Hall Moran on “Signed, ...