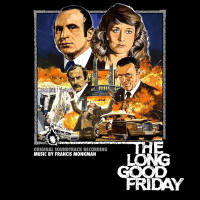 Not merely one of the best films of the 1970s, The Long Good Friday was arguably one of the best and most exciting British movies of the twentieth century. Aside from the acting, in which its stars, Bob Hoskins, Eddie Constantine, and Helen Mirren gave stellar performances, the soundtrack by ex-Curved Air keyboardist Francis Monkman was ...