Navasha Daya's tribute to Gil Scott Heron, several projects that explore the trail Coltrane blazed, artists for whom rhythm is melody and melody is rhythm, musicians who plunge themselves into the inner space and the outer space, debut CDs, reissues, label showcase albums... There's something for everyone in this hour of new and upcoming jazz.

After 20 years, I finally decided to go ahead and release this exciting album on Bandcamp. It demonstrates Steve Reid extraordinary ability to spontaneously orchestrate within a jazz quartet, his inventiveness and wide range of dynamics, whether in a modal tune, a free-jazz composition or a romantic jazz standard. The bassist Chris Lachotta met Steve Reid ... 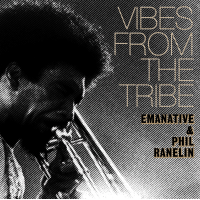 The Tribe referred to here was a musicians' cooperative in jny: Detroit, Michigan, active from 1972-1977. It was co-founded by trombonist Phil Ranelin and saxophonist Wendell Harrison and was equal parts band, record label and community project. Trumpeter Marcus Belgrave was among the members. The organization had close affinities with jny: Chicago's Association for the Advancement ... 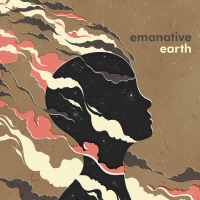 Every so often an album comes along that is so sweeping in its cultural scope, and so far beyond the norms of critical discourse, that it almost beggars description. Such a disc is Earth, the fourth physical-release album from drummer and producer Nick Woodmansey's Emanative and the follow-up to the band's outstanding The Light Years Of ...

The emotive power of Arthur Blythe's bracing alto saxophone tone and flighty phrasing set him apart from many of his generation. A poet, a muezzin, an angry activist, a lamenting lover: Blythe conjured a broad array of sonic images through his nonpareil approach to music. The beloved altoist, who had battled Parkinson's disease for the past ...

In the spring of 1974, the storied ESP label had just released the leadership debut of thirty-year old reedman Frank Lowe, and now he was considering his next move. Val Wilmer in her groundbreaking As Serious As Your Life (Quartet Books, 1977) observes about Lowe: “Everywhere you go in New York you'll run into him, working ...

The year separating Thanksgivings of 2013 and 2014 has abounded in historic reissues and discoveries. There are several from idiosyncratic bandleader Sun Ra in addition to ones from saxophonists John Coltrane, Clifford Jordan and Charles Lloyd. And of course there are such gems as the third volume of trumpeter Miles Davis' Fillmore bootlegs and clarinetist/saxophonist Jimmy ...

Musical archeology has become somewhat of a trend these days. It might be explained, in part by the rebirth of vinyl and the excavation of long out-of-print titles, but also there are scores of devoted collectors who've discovered unpublished recordings of significant artists. For the serially neglected avant-garde of jazz, some of these finds have been ...