“Tassignon’s singing is quite versatile … she exhibits horn-like melodic and rhythmic dexterity, while at other times her voice wanders through a labyrinthine maze of amorphous syllabic abstractions.” This individuality, described here by Wilbur MacKenzie of All About Jazz, is what gives Belgian, Berlin-based vocalist Sophie Tassignon such a unique place in the world of modern jazz and creative music. Over the past 20 years Sophie Tassignon has been composing and performing music with various projects ranging from jazz and avant-garde to electroacoustic music. She has released 8 CDs on a variety of record labels, including Clean Feed Records, A-jazz, Alone Blue Records and visionofsound. Her debut album “Moon Talk”, released in 2006 on Alone Blue Records, featuring her group ZOSHIA and eleven of her own compositions, was funded by the cultural department of the French Community of Belgium. Sophie’s second CD “Hufflignon”, a collaborative project with Canadian saxophonist Peter Van Huffel, and with New York bassist Michael Bates and Swiss trombonist Samuel Blaser, was released in 2008 on the renowned Portuguese label, Clean Feed Records – hailed by All About Jazz NY as one of the five most important jazz labels today

The first recorded collaboration between J. Peter Schwalm and Markus Reuter, Aufbruch, is one of those very rare and unusual albums that unobtrusively, almost surreptitiously, wends its way into the subconscious. It compels repeated and often frequent replays, not so much to comprehend the arcane sounds, but to simply become immersed in the moods and textures ...

In 2020 electro-acoustic programmer/keyboardist J.Peter Schwalm paired up with Norwegian trumpeter Arve Henriksen for the excellent outing Neuzeit (RareNoiseRecords), one of the year's standout discs. 2021 finds Schwalm collaborating with touch guitarist Markus Reuter, of Stickmen fame. The music this collaboration creates can be described as industrial sound-scaping mixed with noises welling up from deep Earth ... 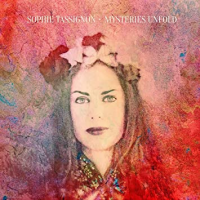 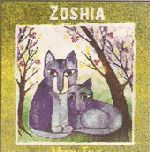 Label: Alone Blue Records
Released: 2008
Track listing: Sun and Moon in Paradise; Moon Talk; Stand Up and Walk; Men and Women Can; Blue Angel; Hunger in the Desert; Anna; For a World of Love and Care; Don't; Dégringolade; Peace in Mind.

Zoshia is but one of Belgian composer/lyricist/vocalist Sophie Tassignon's projects and Moon Talk is her quartet's debut recording. All of the music is composed by Tassignon, as are half of the lyrics. The other half are written by Jean-Pierre Tassignon, with the exception of “Anna," by Anna Akhmatova. The group consists of vocalist ...