Born in 1981, Sebastien Ammann started piano lessons at age 7 in his hometown of Geneva (Switzerland). In 2006, he obtained his Teaching Diploma (with congratulations of the jury) from the AMR Professional Jazz School in Geneva. In 2003, he was awarded a grant from the Friedlwald Stiftung Foundation in Zürich (Switzerland), a foundation that rewards special scholarships to promising Swiss artists. While in Geneva, Sebastien Ammann performed with internationally known artists such as Maurice Magnoni, Stefano Saccon, Jeff Baud, Béatrice Graff, Manu Hagmann, David Meier and Rafi Schilt. He lead his own band “Schwytzromand Formula” which brought together two musicians from the German part and two musicians from the French part of Switzerland, as a way to erase the language barrier

There are more 2020 favourites scattered throughout this playlist (my choices at the One Man's Jazz website), but some excellent new trio and duo releases are highlights. Ben Monder, Tony Malaby and Tom Rainey gathered at one of Monder's residency-sessions at the 55 Bar and the three-part album is split over this show and the next ... 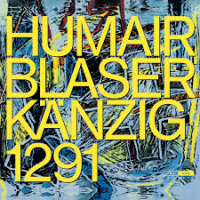 One of trombonist/composer Samuel Blaser's more subtle talents is his uncanny ability to as fully distinguish himself accompanying other musicians as when he is leading theme. The prominence of a sideman is, by definition, not so great as the bandleader, producer etc, but to completely engage in the project of another is an exercise in generosity ...

It has been more or less a month since our last episode devoted to new and upcoming releases, so it's time to catch up as so much great music has been coming out, some of it to raise funds for worthy causes. So sit back, put your headphones on and enjoy the latest by Joshua Redman, ...

Pianist Sebastien Ammann is originally from Switzerland but has been part of the New York City jazz scene since 2008, collaborating with musicians such as Kris Davis, Tony Malaby, Ohad Talmor and George Schuller. His current main focus is on his quintet, Color Wheel, whose second album is a kaleidoscope of fresh sounds and interesting musical ...

As we continue bringing you brand new jazz amidst the pandemic, this week we focus on Nick Finzer, Keith Oxman, Naama Gheber and Sebastien Ammann, featuring their albums and interviews in which they speak about their influences and how they are processing the world without live music. Enjoy! Playlist Nick Finzer “Weatherman" Cast of ...