Sandro began playing guitar as a self-taught musician and then studied at the Nino Donzelli Centre for Musical Studies in Cremona. Since 1979 he has devoted himself mainly to jazz, meeting other young musicians from northern Italy, and becoming part of the Gianni Cazzola Quintet. In the eighties he had a chance to play with many Italian musicians (Enrico Rava, Gianni Basso, Massimo Urbani, Luigi Bonafede, Larry Nocella) and American artists such as Lee Konitz, Mel Lewis, Al Grey, Jimmy Woodie, Sal Nistico, Dave Schnitter, Gerry Mulligan, Lew Tabackin and Jimmy Owens. Between 1988 and 1999 he played in the "Reunion" quintet with Danilo Rea and Roberto Gatto and recorded with Larry Schneider 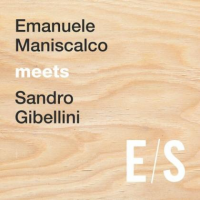 Put On a Happy Face

Gibellini-Tavolazzi-Beggio: Put On a Happy Face