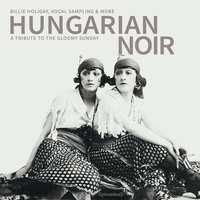 When Billie Holiday released “Gloomy Sunday," in 1941, accompanied by the Teddy Wilson Orchestra, no one could possibly imagine the back story and consequent repercussions associated with this song. Originally composed by Hungarian Reszo Seress in 1933 as “Szomorú Vasárnap," it was quickly rewritten with lyrics by poet Laslo Javor, and recorded by Pál Kalmár in ... 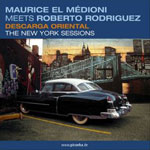 Carnival Conspiracy: In the Marketplace All Is Subterfuge

Label: Piranha
Released: 2006
Track listing: In Your Garden Twenty Fecund Fruit Trees; Oh Agony, You are so Sweet Like Sugar I Must to Eat You Up; Another Glass of Wine to Give Succor to My Ailing Existence; Midnight Banda Judea; In the Marketplace All Is Subterfuge; Who Knows One?; Pantagruel, Shiker Hindert Prozent; A Time of Desire--Curha Mix; Our Ancestors Forty Thousand Years Wide; Out of What?; Mi Yamalay; Borracho # 1 The Cobbles in the Street Moan for You

The less-traveled byways of cross-cultural exploration sometimes reveal the most fascinating new horizons, and this meld of Cuban and Algerian musics does exactly that. For Descarga Oriental, Cuban-born, New York-resident percussionist Roberto Rodriguez meets Marseilles-based Algerian pianist Maurice El Médioni at the grass roots of Andalusian music, and a rainbow-hued romp of a party breaks out. ...

On its first live disc this alt-klezmer band chooses to celebrate the theme of liberation from bondage, but not only in the strict Jewish context or heritage, usually focused around the Passover and the story of Exodus, the liberation from slavery in Egypt. The Klezmatics, together with black Jewish gospel singer Joshua Nelson, find inspiration in ... The mystical high priest of New Wave Avant-Klez jazz, Frank London, has released an album that defies phony political barriers and exposes solid musical commonalties among Gypsy, Jewish and Arabic music. ?Brotherhood of Brass?, the second release from Frank London?s Klezmer Brass All Stars, is a concept album that reaches across multiple millennia to present a ...