His projects include the folk-opera A Night in the Old Marketplace (based on Y.L. Peretz's Bay nakht oyfn altn mark), DAVENEN for Pilobolus and the Klezmatics, Great Small Works' THE MEMOIRS OF GLUCKEL OF HAMELN and Min Tanaka's ROMANCE. He composed music for John Sayles' THE BROTHER FROM ANOTHER PLANET and MEN WITH GUNS, Yvonne Rainer's MURDER AND MURDER, the Czech-American Marionette Theaterπs GOLEM and Tamar Rogoff's IVYE PROJECT. Live in Crackow Poland, 2001

He has been featured on HBO's Sex And The City, at the North Sea Jazz Festival and the Lincoln Center Summer Festival, and was a co-founder of Les Miserables Brass Band and the Klezmer Conservatory Band. Show less

Frank London's CD Release Concert for "A Night in the Old Marketplace"... 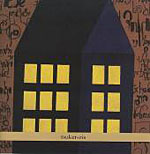 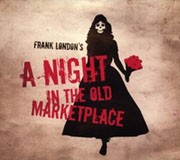 All About Jazz musician pages are maintained by musicians, publicists and trusted members like you. Interested? Tell us why you would like to improve the Frank London musician page.