Phish is an American rock band that formed in Burlington, Vermont, in 1983. The band is known for musical improvisation, extended jams, blending of genres, and a dedicated fan base. The band consists of guitarist Trey Anastasio, bassist Mike Gordon, drummer Jon Fishman, and keyboardist Page McConnell, all of whom perform vocals, with Anastasio being the primary lead vocalist. The band was formed by Anastasio, Gordon, Fishman and guitarist Jeff Holdsworth, who were joined by McConnell in 1985. Holdsworth departed the band in 1986, and the lineup has remained stable since. Phish began to perform outside of New England in the late 1980s and experienced a rise in popularity in the mid 1990s

The existence of Chrissie Hynde Sings Bob Dylan might well have been inevitable, if only because she and The Bard share some patently obvious personality traits, not the least of which are a staunch independence and a healthy, if wickedly wry, sense of humor. But even conceptions of the greatest clarity don't necessarily lead to so ...

A collection of photos from Phish at Shoreline Amphitheatre in Mountain View, CA on August 31, 2021. Featuring Trey Anastasio, Jon Fishman, Mike Gordon and Page McConnell.Phish played two nights at Shoreline Amphitheater, in place of cancelled shows originally scheduled for South Lake Tahoe, due to the Caldor fire. The shows were filled with ... 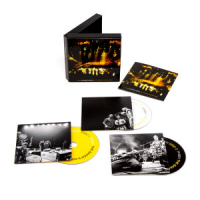 Phish's The Baker's Dozen: Live at Madison Square Garden lives up to its title even if, in both design and content, it bears scant resemblance to its all-encompassing limited-edition counterpart. Containing thirteen performances specifically chosen by the members of the group from the 2017 residency at the famed venue, its only add-on is a twenty-eight page ...

The Bizarre World of Frank Zappa Tour at The Paramount

The Bizarre World of Frank Zappa Tour The Paramount Huntington, NY April 24, 2019 Frank Zappa was one of the most eclectic and influential musicians for the 20th Century. The musician, composer, activist and filmmaker's work and career exemplifies nonconformity, improvisational musical themes, sound experiments and technical musical virtuosity. Satire of ...

About Black Tie Brass: Black Tie Brass is a horn driven jazz funk band. Lead by Ryan McNulty, most of the band met at college in New York and have been playing together since 2008 and formed BTB is 2013. We released our first self-titled album after a successful Kickstarter campaign in 2014. We ... 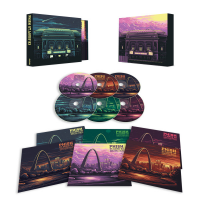