Misha Mengelberg was born in Kiev in 1935 - the son of a Dutch composer/conductor/pianist and a German harpist - but is a lifelong resident of Amsterdam, where he teaches counterpoint at the Sweelinck Conservatory. He wrote his first piece for piano at age four and has been composing pretty much ever since, in the jazz and classical fields. Crucial early influences include jazz pianists Thelonious Monk and Herbie Nichols, the composer John Cage, whom he heard lecture at Darmstadt in 1958, and the absurd-art movement Fluxus, with which he was involved in the 1960s. Mengelberg graduated from the Royal Conservatory in the Hague in 1964

Chicago-born pianist Narada Burton Greene (b.1937) can be called a veteran of the 1960s jazz avant-garde—the starting point of his universal musical life. In 1962, he moved to New York and founded, together with bassist Alan Silva, the Free Form Improvisational Ensemble, which played improvised music without preconceived compositional elements. In 1965, he became a member ...

It takes a master to speak like a child. Pianist Misha Mengelberg (1935-2017) was such a giant at the keyboard that he could shed all pretension and improvise with a simple innocence. Call it Zen enlightenment or just a blunt brilliance. His music is often absurd and paradoxical, like an inside joke, except he graciously lets ...

There are only a handful of pianists the great reedist Peter Brötzmann has worked with. Back in the Machine Gun (FMP, 1968) days it was Fred Van Hove at the keyboards. Then there was Misha Mengelberg and Alexander von Schlippenbach, plus those Berlin sessions with Cecil Taylor, and the new millennium recordings with Japanese pianist Masahiko ...

Strange that such a gruesome tale, drowning in blood, could have inspired so much great art. So it goes with Bluebeard, the seventeenth century French folktale, which continues to inspire artists to this day. Dutch saxophonist/composer Yuri Honing's Bluebeard (2020)-- his fourth album on Challenge Records with his acoustic quartet--is not just a highly personal take ...

Songlines Recordings’ Audiophile Releases On Sale At ProStudioMasters Through May 26 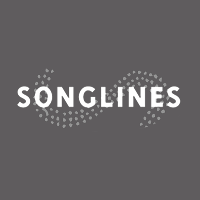 ProStudioMasters is having a 40% off sale on the entire Songlines Recordings high-res catalogue through May 26. This flash sale is the first time the whole stereo catalogue (including DSD where available) has been offered at such a substantial discount. Songlines began recording in high-res in 1999 with Junk Genius’s avant folk/jazz album Ghost of Electricity, ...