Drummer, composer and bandleader originally from the US and now based in Vienna, he is most notably known as the bandleader and composer for Led Bib. With Led Bib, he was nominated for the Mercury Music Prize 2009 (One of 12 albums of the year) and he was also a winner of the Peter Whittingham Jazz Award 2005. Led Bib have topped college radio charts across the US and Canada and have played live across TV and radio in Europe including BBC 2, Channel 4(UK), WDR, BBC Radio 1, BBC Radio 2, ORF(Austria), XFM, Radio 1 (Prague), BBC Radio 3, Radio 6(NL) ,BBC Radio 4 and many more. They have released 8 albums and have toured to some of the highest profile festivals in Europe including North Sea Jazz Festival, Jazzfestival Berlin, London Jazz Festival, Saalfelden Jazz Festival and many others

American drummer/composer Mark Holub--currently residing in Vienna--is the founder of the ultra-hip jazz quintet, Led Bib. Yet he presents somewhat of a U-turn on his debut as a leader, which leans more toward progressive chamber, spiced with nouveau classical overtones and spunky rock grooves, all consummated by engaging improv among the performers. The musicians ...

Meet Mark Holub Drummer, composer and bandleader originally from the US and now based in jny: Vienna, he is most notably known as the bandleader and composer for Led Bib. With Led Bib, he was nominated for the Mercury Music Prize (One of 12 albums of the year) and he was also a winner ...

From the Homeric invocation of ethereal opener “Atom Story,” it becomes stunningly clear that It's Morning, the latest album from the uncategorizable UK ensemble Led Bib, is meant to take the listener on a journey. The wide-ranging and evocative set is also a testament to the distance the band has travelled on its own evolutionary path. ...

Drummer and composer Mark Holub formed Led Bib in 2003 for a university masters project. Made up of his Middlesex university friends, the five piece played its first gig at London’s Klinker Club on February 24th 2004 to ten people in the backroom of a North London pub. Five years later they were performing on primetime TV to millions, having been nominated as a Mercury Prize album of the year. Theirs was a full gas acceleration to that point. Having had their first album met with widespread critical praise in May 2005, they also won the Peter Whittingham Jazz Award in the same year

Led Bib: The People in Your Neighbourhood 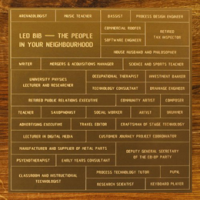 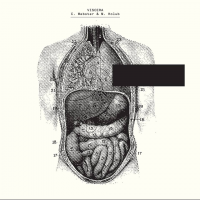 To be able to say you have heard something unique is rare these days. Of course, every musician's recordings are unique but occasionally there arrives an album which is truly 'stand alone' and Viscera (New Atlantic),the third album by saxophonist Colin Webster and drummer Mark Holub is one such album. The album consists of track after ...